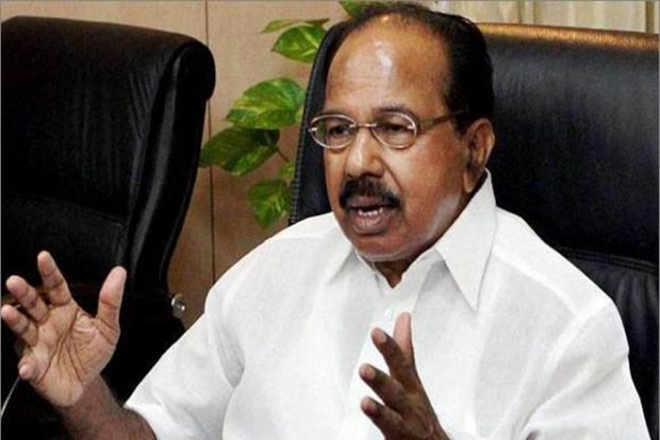 Amid demands from some quarters for RBI governor Urjit Patel’s resignation, Chairman of the Parliamentary Standing Committee on Finance Veerappa Moily Sunday said if he quits over the stand-off between the top bank and the Centre, it will send a bad signal to global markets.

“If Patel decides to resign over its (RBI) differences with the central government, it will be a very sad and bad for the Indian economy.

It will also send a bad signal to global markets just as Raghuram Rajan’s exit did,” the former Union Minister told PTI here.

He said responding to a query on reports that there were demands from some quarters for Patel to step down as RBI governor in view of the stand-off.

Noting that RBI’s credibility would be shaken if Patel resigns, Moily said the entire world economy looks up to any central bank of any country and the markets would also be affected.

His remarks come ahead of RBI’s crucial board meeting Monday with Finance Ministry nominees and some independent directors expected to take on Patel and his team over several issues, though both sides are in favour of reaching a common ground.

Moily claimed that the nation used to be very proud of India’s growing economy because its fundamentals were strong during the 10-year UPA rule unlike in the four-and-a-half years of NDA rule.

“When Arun Jaitley presented the first budget of the NDA, the economic survey report said the fundamentals of the economy were strong, that means it is a compliment to the Congress regime.

If the economic survey is presented today can they (NDA) say with confidence that the fundamentals of economy are strong? The answer is no,” he contended.

“This only implies that the four-and-a-half years of NDA rule has destroyed and eroded the fundamentals of the country’s economy. That is the big tragedy of the present government at the centre,” he added.

To another query on reports that the government was planning to constitute panels to monitor functions of RBI, Moily said it would be a “very bad” idea.

“Having a managing committee over the regulator is a very bad idea and is unknown in world economy.. No country practises it.

RBI cannot be managed as a government department. It is an independent autonomous organisation which has been created by an act of Parliament,” he said.

“Patel is willing to have discussions with the government. Even the previous RBI governor Raghuram Rajan was keen on it.

The finance ministry can call a meeting every month to discuss with RBI to sort out misunderstandings if any. They cannot be solved by orders and interferences,” Moily suggested.

Stocks Slide on Powerful Cocktail of Treasuries, Italy and Trade War By Investing.com