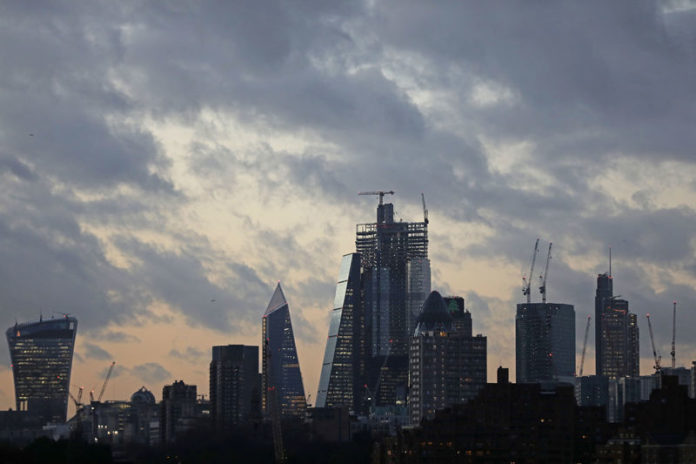 © Reuters. The sun sets behind the Canary Wharf financial district of London

FRANKFURT (Reuters) – European banks should prepare themselves and their customers for the risk of an abrupt departure by Britain from the European Union, one of the bloc’s top regulators warned on Monday.

Flagging its concerns for financial stability as well as the readiness of “smaller … institutions”, the European Banking Authority urged lenders to have “effective contingency planning” and tell customers how Brexit would affect them.

The announcement comes as parliamentary deadlock in Britain has thrust the future of Brexit into doubt, with possible outcomes ranging from a disorderly departure with no deal to another referendum on European Union membership.

“The EBA is … calling on all financial institutions affected …. to engage with their customers and provide adequate information on the risks and mitigating measures being taken,” the regulator said.

Both London and Brussels have stepped up planning for a no-deal exit.

A senior British minister, speaking on condition of anonymity, told Reuters last week that the risk of a “managed” no-deal Brexit was rising, as Prime Minister Theresa May is unlikely to win enough concessions from the EU to satisfy eurosceptic rebels in her Conservative Party.

The minister added that there was no consensus for any alternative to May’s deal, which seeks to keep close trading ties with the bloc after leaving.

In its statement, the EBA said customers worried about the impact of Brexit could contact banks themselves if they had heard nothing from them by the end of the year.

May has repeatedly warned that if her agreement is rejected then the world’s fifth largest economy might have to leave without a deal – a nightmare option for many big businesses – or that Brexit might be thwarted altogether.

No deal means there would be no transition period so the exit would be abrupt, but the EU and Britain could try to make agreements in certain areas, for example on aviation, to reduce the chaos.

Britain is a member of the World Trade Organization so tariffs and other terms governing its trade with the EU would beset under WTO rules.

Business leaders are triggering contingency plans to cope with additional checks on the post-Brexit UK-EU border that they fear will clog up ports, silt up the arteries of trade and dislocate supply chains in Europe and beyond.

Japan stocks higher at close of trade; Nikkei 225 up 1.44% By Investing.com

Americans Are Being Crushed By The Cost Of Housing. Tell Us...