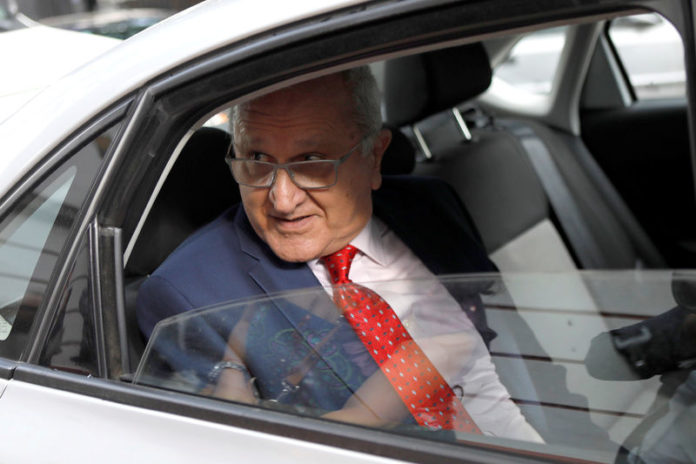 Jesus Seade, who led the negotiations for Mexico’s incoming leftist government, told Reuters in an interview on Monday he believed the agreement, clinched at the last minute on Sept. 30 would create more U.S. jobs but that Mexico would do even better “if it plays its cards right,” because of cost advantages, especially in the auto industry at the heart of the deal.

Both Trump and Canadian Prime Minister Justin Trudeau have also proclaimed the new pact, negotiated over 13 grueling, often nerve-wracking months punctuated by the U.S. president’s threats to scrap the whole arrangement, as beneficial for their countries.

Seade said there was “no doubt” the final agreement made trade less free than under NAFTA, but that its restrictions, especially on the auto industry, would bring more production into the region from Asia and Europe.

“This is an agreement that is more protectionist. Usually I don’t like protectionism, it’s bad. But this is protectionism of a region,” which includes the world’s largest economy, said Seade, 64, a founding member of the World Trade Organization.

Under the terms of the deal, 75 percent of the content of an auto has to be made within the three countries, with 40 percent of the vehicle’s value produced in areas that pay more than $16 an hour.

While that salary component, which does not exist in NAFTA, was designed to bring more factories into the United States and Canada, Seade said a further detail allowing a portion of the higher salaries to be paid to management, research and engineering workers could easily be met in Mexican factories.

Seade said side agreements in the deal that safeguard automotive exports from a U.S. threat to impose 25 percent tariffs on auto imports from around the world would add incentive for Asian and European companies to move factories within the curtain of the trade agreement.

“This is going to be a very strong magnet for foreign investment,” he added.

Seade’s comments echoed a Mexican industry estimate that auto parts output will jump about 10 percent from Mexico over the next three years as automakers scramble to adhere to the stricter content rules laid out in the deal, known as the United States-Mexico-Canada Agreement (USMCA) in English. [nL2N1WH1TG]

The Oxford-trained economist is expected to be offered a job in the government of President-elect Andres Manuel Lopez Obrador, but said nothing had yet been agreed.

He said one option was to become Mexico’s ambassador to China, where he currently teaches at The Chinese University of Hong Kong, Shenzhen.

Market timers are on the sidelines, which means you might want to jump in

Stock investors, you have now been warned for the last time

Looking for cheaper phones and laptops? This new startup is exclusively...

Stock futures dip ahead of producer price data By Reuters