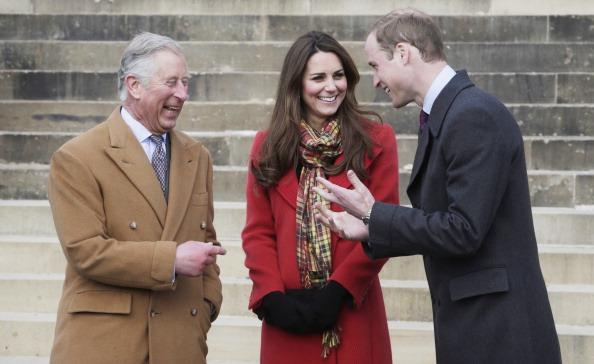 Prince William and Kate Middleton may not be able to celebrate Prince Charles’ 70th birthday with him.

The Prince of Wales will be celebrating his natal day on Wednesday. However, the Duke and Duchess of Cambridge have a duty to fulfill on that day.

According to Laura O’Callaghan, a journalist for Express, Prince William and Middleton are heading to Yorkshire on the same day. They will visit Centrepoint Hostel in Barnsley which provides accommodation and support for teenagers and young adults.

Prince William became the patron of Centrepoint in 2015. He was introduced to it by his late mom, Princess Diana, who was also a patron of the charity.

“That example of selfless service that Centrepoint represents has stayed with me, and that is why it was the first charity that I wanted to be associated with,” Prince William said.

Kensington Palace was asked about Prince William and Middleton skipping the event. According to the source, Clarence House was aware of it.

“As a normal working day the Duke and Duchess have official engagements during the daytime visiting important projects in South Yorkshire,” a Kensington Palace source told The Sun. “These were of course cleared with Clarence House to make sure they didn’t clash with any birthday celebrations.”

It was reported earlier that the Duke and Duchess of Cambridge also snubbed Prince Charles’ invitation to spend quality time with him at the Castle of Mey. Although Prince William and Middleton didn’t make it, Prince Harry and Meghan Markle were there.

Prince Charles was reportedly “joyous” and was “tickled pink” when he learned that the Duke and Duchess of Sussex were joining him.

Prince William and Middleton stepped out together on Thursday for the Tusk Conservation Awards at Banqueting House in London. Middleton arrived in a recycled teal floor-length Jenny Packham gown. She paired it with a loaned jewelry from the Queen’s vault, the diamond chandelier earrings.

from world’s largest retailer to bust

Saudi Arabia stocks lower at close of trade; Tadawul All Share down 0.12% By...

Modi takes city gas far and beyond; says, 400 districts to have city gas...

Why The Saudi Energy Minister Could Drive Oil Prices Even Lower