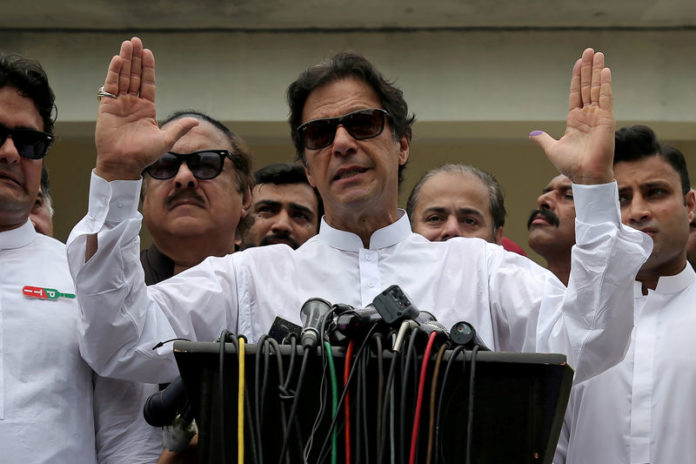 Khan, accompanied by Foreign Minister Shah Mahmood Qureshi, will lead a delegation from Nov. 2-5 which will sign several agreements on “diverse fields”, the foreign ministry said in a statement. Khan is also set to meet Chinese Premier Li Keqiang.

This week Pakistan received a $6 billion rescue package from Saudi Arabia, but officials say it is not enough and the country still plans to seek a bailout from the International Monetary Fund (IMF) to avert a balance of payments crisis.

On Wednesday, Khan said Pakistan was also in discussions with two “friendly nations” for more loans, with analysts saying one of those countries was China.

Pakistan has sought to amend CPEC to put greater emphasis on projects that focus on social development, rather than purely on infrastructure.

“Prime minister’s visit is expected to provide further impetus to enhancing the existing strategic ties between Pakistan and China and break new grounds for broadening the bilateral partnership,” the foreign ministry said in a statement.

After visiting Beijing, Khan is set to be a key note speaker at the First China International Import Expo in Shanghai, the ministry added.

Amazon Prime subscription at no extra cost: Airtel updates Rs 399 plan to include...

Disinvestment department to frame guidelines for sale of enemy shares

Rescuers in Florida Panhandle search for missing people, bodies after hurricane By Reuters

Italy, Spain and France would face 90 billion euro hit on...