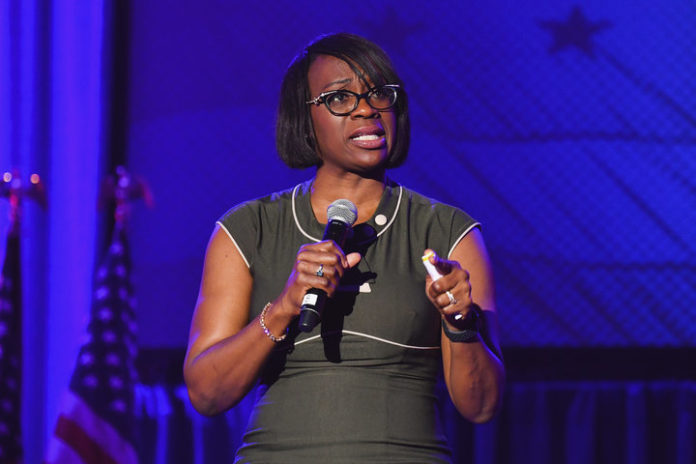 Offering a positive alternative to both the Republican and centrist Democratic policy agendas, more than 70 progressive leaders pledged their support on Wednesday for an 11-point economic plan that includes single-payer health care and free education from pre-K to college.

The pledge reflects a belief by many on the political left that President Donald Trump’s rise is partly due to Democrats’ failure to consistently stand up for the interests of working people of all races and backgrounds. To take back power and build a more just country, they argue that Democrats and liberals must go beyond merely focusing on Trump and the prejudices he espouses.

“We will resist Trump. But resistance is not enough,” the introduction to the pledge reads.

“We therefore pledge that: We will fight for good jobs, sustainable prosperity and economic justice. We will work to build a movement that can make that agenda a reality.”

In addition to endorsing “Medicare for all” and free college, staples of Vermont Sen. Bernie Sanders’ 2016 presidential bid, the pledge calls for a comprehensive infrastructure investment program, a green energy economy, a reversal of the Trump tax cuts and appropriate taxation of the wealthy, the empowerment of labor unions, and tougher regulation of Wall Street. It also calls for reduced economic inequality for women and communities of color, and reforms like public campaign financing aimed at “rescuing democracy from the special interests.”

Few, if any, of the policies in the pledge are brand new ― a fact that its organizers freely admit.

What makes the pledge notable, however, is the diverse array of figures who have signed it and the debate it represents over the future of the progressive movement and the Democratic Party. Signers range from Michael Brune, executive director of the Sierra Club, and United Steelworkers president Leo Gerard to Ai-Jen Poo, director of the National Domestic Workers Alliance, and Eddie Glaude Jr., chair of Princeton University’s center for African-American studies.

Progressives, particularly those who backed Sanders’ presidential bid, have argued since the election that growing income disparities and the dominant role of money in politics left a populist void that Trump manipulated to his advantage.

The theory holds that as a candidate, Trump’s outsider status, hawkishness on trade and grandiose claims about “draining the swamp,” won over some working-class voters ― particularly white families in the Rust Belt ― who typically voted for Democrats, including former President Barack Obama. At the same time, Democratic nominee Hillary Clinton’s deep ties to financial elites and her history of changing positions meant she failed to turn out more liberal members of the Democratic base, including millennials and people of color.

Soon after the 2016 election, there were signs that Democratic Party leaders were willing to heed these progressives’ advice and strike a more populist tone. In a platform unveiled over the summer, the party’s leaders in Congress embraced proposals to make it easier to unionize, crack down on corporate consolidation and reduce prescription drug prices.

If the Democrats don’t start talking about a fundamental restructuring of the economy, either they will lose, or when they win, they will fail.
Roger Hickey, Campaign for America’s Future

But with headlines about Russia-related indictments dominating the 24-hour news cycle and the anti-Trump “Resistance” movement often embracing the president’s neoconservative critics, progressive leaders are worried that Democrats will once again drop the ball.

“We can’t just emerge from this battle saying, ‘We are not crazy, we are not Trump.’ That’s what we did after [Richard] Nixon, and it got us one term of Jimmy Carter,” Hickey added.

Acknowledging the unique factors at play in every election, Hickey emphasized that the pledge is not intended to be a “litmus test” for Democratic candidates as much as a framework for moving forward.

“If the Democrats don’t start talking about a fundamental restructuring of the economy, either they will lose, or when they win, they will fail,” he said.

The most common critique of the political theory behind the pledge is that progressives who claim that Trump’s victory was motivated by anything but blind racism are offensively naive. These critics argue that any attempt to win back the votes of white working-class people who switched from Obama to Trump would entail unnecessary concessions to those voters’ insensitivities to racial injustice and other issues.

But Hickey, a native of Kentucky who began his career as a civil rights movement organizer in Southside Virginia, insisted that fighting for economic equality and racial justice is a “both/and,” rather than zero-sum, proposition.

Support for the pledge from prominent African-Americans like Glaude, Heather McGhee, president of the think tank Demos, and Nina Turner, president of Our Revolution, the legacy organization of Sanders’ campaign, could dampen this criticism.

“A bold change in the economic system is the best way to generate economic opportunity for the most disenfranchised. It’s adding that economic argument to the anti-racism argument,” Hickey said.

HNA Seeks Advice with Cinda for Asset Disposals By Investing.com

Did not issue five-day strike call in Nov, says AIBEA