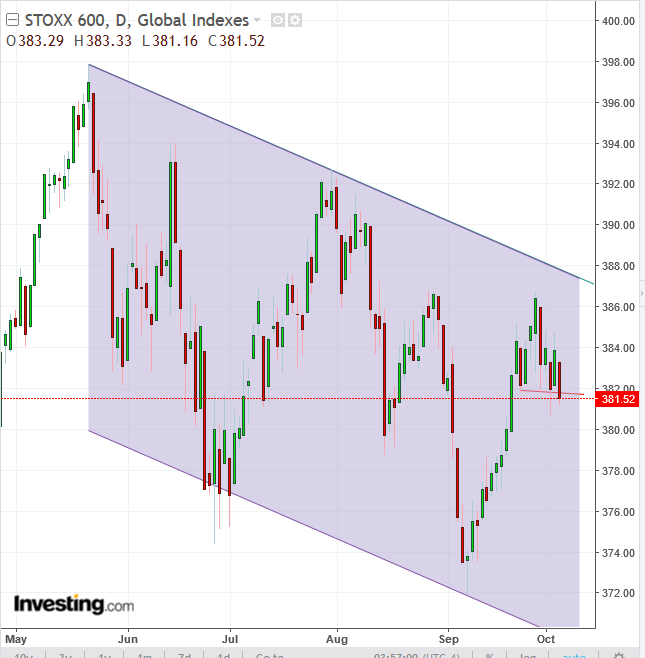 Yesterday’s accelerated selloff in Treasurys extended this morning, pushing yields on the US note to a 7-year high after fresh data confirmed sustained economic growth in the US, shortly after Fed Chairman signaled that the central bank will stick with its rate tightening agenda. The higher yields weighed on global stocks today, including futures on the , and , which all hovering in negative territory.

The pan-European opened lower and soon extended the decline to past 0.5 percent, with personal and household goods stocks as well as food and beverage shares the biggest decliners. Conversely, banks outperformed, spurred by the very same hawkish comments from Powell. Technically, the benchmark is set to complete a small H&S top, at the crest of a falling channel. 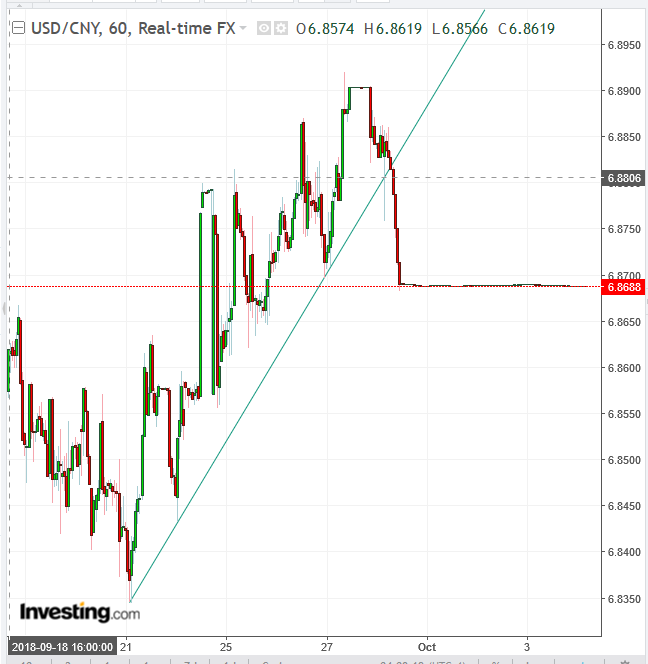 Earlier, during the Asian session, regional currencies slipped lower against a strengthening . With China’s mainland indices closed for a week-long holiday, a slide in the , considered a leading indicator of Asian equities, was enough to reveal a bearish tilt across the region. Technically, the renminbi fell below an uptrend line.

The Treasury selloff that ensued, propelling yields to their highest level since 2011, boosted the greenback but spurred a selloff for defensive equity sectors, as bond proxies typically tend to fall out of favor when actual bond yields rise.

The eked out a 0.07 percent gain after its intraday high came within 0.04 percent of its record high. (-1.2 percent) underperformed, followed closely by (1.15 percent) and (-1.07 percent). Shares in the sector (+0.94 percent) outperformed, followed by those in the space (+0.81 percent), as climbed past $76 a barrel, trading near its highest level in nearly four years.

The ticked 0.2 percent higher, hitting both a record close and an all-time high, helped by Caterpillar (NYSE:)’s 2.2 percent leap to its highest level since June 12. 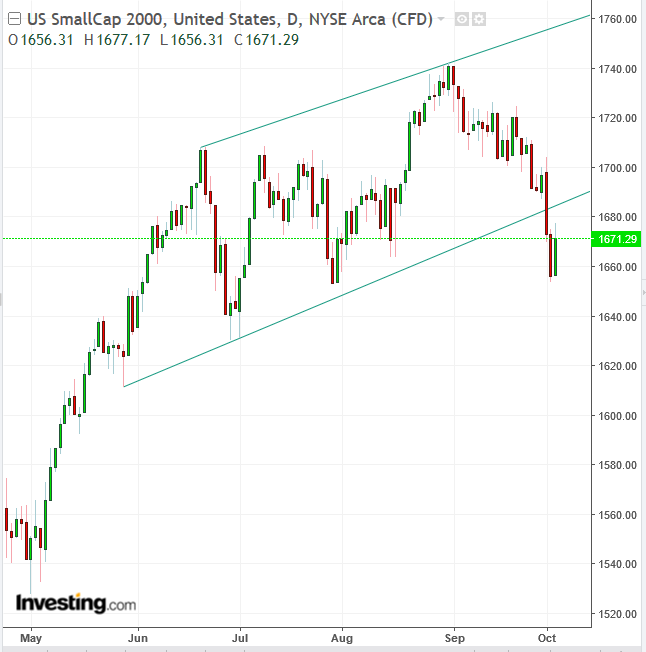 The outperformed, gaining 0.89 percent. Technically, however, the small cap equity benchmark faces the resistance of the bottom of the rising channel that it violated.

Yesterday’s ADP private payroll report, which revealed 230,000 new jobs against the 185,000 expected, marked the highest reading since February. Traders hold this release as an indication of official figures, coming out on Friday, which carry a deeper significance.

The climbed to 61.6 from 58.8. While a reading above 50 demonstrates expansion, this number nears a record high. Moreover, the measure of business activity increased to 65.2 from 60.7, the highest level since January 2004, while the employment component jumped to 62.4 from 56.7, also hitting a record. 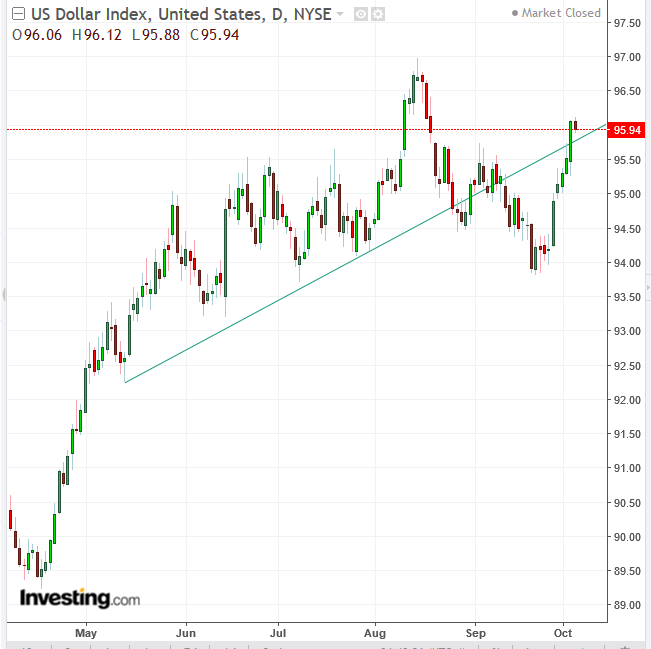 The dollar surged on Wednesday as domestic and foreign investors rotated their capital into US assets, though it has retreated slightly today. It still remains above its uptrend line since May 14, which it crossed yesterday, but it has fallen below the uptrend line on September 12 for the second time since August 28: it must now overcome the August 15, 97.00 level to retain the uptrend. 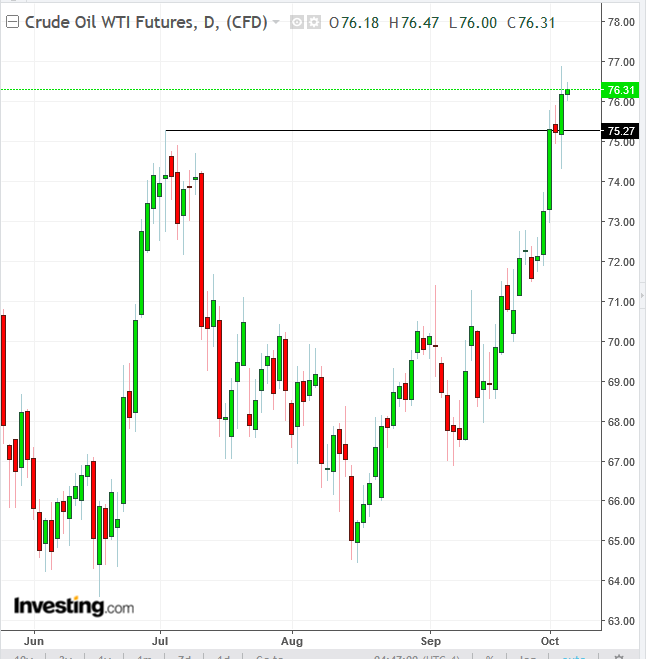 Meanwhile, oil rebounded after sliding on reports that Saudi Arabia and Russia agreed to increase production. At $76.38, as of the time of writing, the commodity is set to close at its highest level since mid-November 2014. Right now it appears that , fear and speculation based on that fear. And neither is based in reality.

All prices correct at time of writing

Microsoft co-founder Paul Allen is being treated for lymphoma