Home Business Nokia 6.1 Plus Review: A looker that ticks all the boxes in... 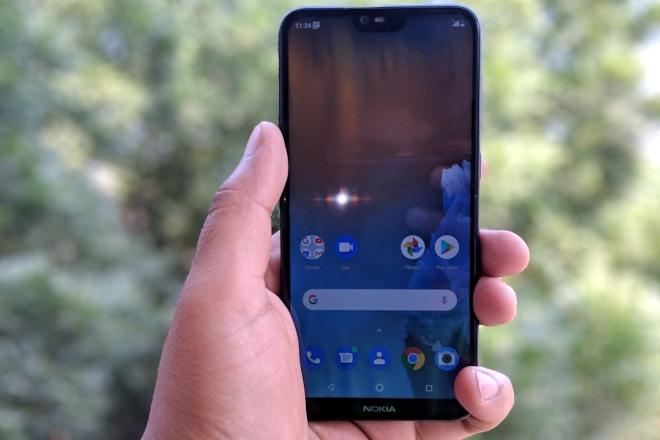 Ever since HMD Global took up the stewardship of the Nokia brand, it has made its position as a contender clear to the other brands that thrived during the brand’s absence in the market. This year, the company released the refresh models of the smartphones that were announced back when HMD Global started out. The Nokia 6.1 Plus comes as one of the first smartphones from the company that welcome the notch at the top of the display. It’s the successor to the Nokia 6.1 that launched earlier this year. It’s also the rebranded version of the Nokia X6, albeit it runs the stock Android build under Google’s Android One programme.

Not only Android One programme ensures speedier updates to the Nokia 6.1 Plus but also gives a user experience akin to that of Pixel devices. HMD Global has repeatedly promised that all the Android One smartphones from the company’s stable will be getting the Android 9 Pie update as and when it rolls out for most devices, which brings the Nokia 6.1 Plus to the list. At a price of Rs 15,999, the Nokia 6.1 Plus sets out to take on the rivals such as Xiaomi Redmi Note 5 Pro and Moto G6, but how does it fare? Let’s find out.

Nokia 6.1 Plus Design, Display, and Hardware

The Nokia 6.1 Plus is undoubtedly one of the good-looking phones we have seen in the sub-Rs 20,000 price range. HMD Global sensed that the looks of a device matter as much as its specifications and delivered it wholeheartedly in the form of Nokia 6.1 Plus’ build. The handset’s design is composed of a glass slab that’s gaudy – but not to the point where it becomes an overkill. A metal frame is sandwiched between the two glass blocks – one at the front and one at the rear, while the edges are chamfered at just the right angle so as to fit conveniently in the hand. The amalgamation of anodised metal and glass, both in black colour, makes the Nokia 6.1 Plus quite a looker in its price category.

One of the gripes that accompany the glass build on a device is the durability but Nokia 6.1 Plus braves minor scratches and scrapes that were mostly caused due to inadvertent drops, thanks to the slippery glass surface. The glass surface is also heavily prone to fingerprints. That’s why using a protective case on the Nokia 6.1 Plus is recommended to avoid any unwanted imprints on the surface.

The rear side of the smartphone has the camera setup, fingerprint sensor, and Nokia, as well as Android One brandings. The fingerprint sensor on the handset, we felt, is a little below the spot where the finger usually hovers before hitting the sensor. It needs you to get used to the placement. HMD Global didn’t quite settle down for a monotonous black colour on the device, which is why it embellished the protrusions with silvery trims, like the camera island, fingerprint sensor cavity, and the buttons on the right side.

The right side of the Nokia 6.1 Plus has volume rockers and the power button while the left side packs the SIM/microSD card tray. On the top, there is a 3.5mm headphone jack and a secondary noise-cancelling microphone. Nokia 6.1 Plus is one of the few smartphones under Rs 20,000 price range that comes with a USB Type-C port, located at the bottom next to the speaker grille and main microphone hole. The antenna lines, which blend with the phone’s body nicely, are visible on both the top and bottom edges.

The Nokia 6.1 Plus has a 5.8-inch display maxed out at a full-HD+ resolution of 1080×2280 pixels. Despite some brands such as Samsung showing reluctance to adopt the notch design, most OEMs have succumbed to its demand by customers, which is largely the reason behind the narrow notch on Nokia 6.1 Plus’ display. Frankly, the notch doesn’t bother at all on the Nokia 6.1 Plus. It’s precisely the size that’s reasonably required for the front camera module, earpiece speaker, and sensors to reside on the forepart. But, for those who don’t like notches, there’s a toggle to hide the notch. There are thin bezels on the sides but a considerably thick chin is present on the bottom part, having the Nokia branding emblazoned right in the middle.

The display on the Nokia 6.1 Plus produces punchy colours – the RGB matrix doesn’t wash away or sharpen colours. Since it’s an LCD panel integrated into the display, comparing it with an OLED panel, which has rather begun percolating to the mid-range Samsung devices, will be an injustice. The viewing angles are good but you will have to deal with the reflections. The outdoor legibility of the display is not at par – you will need to increase the brightness to full on a bright day, but even then you’ll end up narrowing your eyes to read text on the display.

The sub-Rs 20,000 price category is probably the most exciting one in the Indian smartphone market. It has some of the highly popular smartphones that are always being lurked by a new entrant looking to emulate most basic features such as cameras. The camera quality of a smartphone is important, especially when there are stalwarts like Xiaomi Mi A2 more or less in the same bracket. Nokia 6.1 Plus comes with dual cameras to fend off the rivals that have nearly the same camera setups.

The Nokia 6.1 Plus has a combination of 16-megapixel and 5-megapixel sensors. While the former is the main camera with an aperture of f/2.0, the latter is a monochrome sensor having a f/2.2 aperture. The cameras are snappy and click photos with negligible shutter lag. The photos in daylight are well-detailed with a good range of colours. Most of the daylight shots are vibrant but slightly undersaturated sometimes. The photos taken in low-light conditions suffer a lot. The camera struggles to lock the focus automatically in dimly lit places.

The portraits taken by the cameras produce a good amount of details with a decent distinction between the focused and defocused elements, thanks to AI-enabled portrait lighting. That said, the edge of the focused subject tends to be smudged with the background in some tricky shots. You can even use AR Stickers to play around with the photo.

On the front, the Nokia 6.1 Plus has a 16-megapixel camera with fixed focus. The selfies taken by the camera are good in daylight, however, with some issues with exposure. The brighter elements in the shot are overexposed while the rest of the photo has a balanced brightness throughout. In the nighttime, the quality of the selfie takes a toll, which is why you will have to switch to the screen flash lighting on the device. The front camera is also capable of clicking the portrait photos using software optimisation.

The videos taken by the main cameras max out to 4K resolution and are quite detailed. The stability of the videos is an issue, although. The front cameras record 1080p videos of a similar quality.

Here are the camera samples:

Nokia 6.1 Plus Performance and Battery

The Nokia 6.1 Plus is powered by a Qualcomm Snapdragon 636 processor that’s clocked at a maximum 1.8GHz. It’s got 4GB RAM and 64GB of inbuilt storage with support for expandability. Nokia 6.1 Plus opens apps fast and handles them pretty well in the background. We seldom found the apps rebooting while multitasking. The handset runs Android 8.0 Oreo under the Android One programme that ensures a stock Android experience along with timely updates. HMD Globa has already promised that Android 9 Pie will arrive on the Nokia 6.1 Plus later this year, which is likely to enhance the experience further.

We played games such as PUBG, Injustice, and Asphalt 9: Legends on the Nokia 6.1 Plus. The games take some time to boot but other than this, we found no complaints during our time playing them. There is no lag during the gameplay, in addition to little to no frame drops. The handset, however, begins to heat after 40 minutes of playing games but it’s not uncomfortably hot so you are good to go for another round of 30 minutes. Switching between the games open in the background is buttery smooth.

There is a fingerprint sensor on the back that’s pretty fast. We have no complaints against how the fingerprint sensor performs. The facial scanning on the Nokia 6.1 Plus is fast and accurate in properly lit conditions. Under low light conditions, it’s hit-and-miss – sometimes the device recognises your face but otherwise, it doesn’t. The speaker on the Nokia 6.1 Plus is loud and belts out a clear sound.

The Nokia 6.1 Plus runs Android 8.1 Oreo with stock Android experience. It’s similar to what you get on Pixel devices without a single customisation made by HMD Global. It has fluidity in how apps open, close, and jump from one to another. The best thing about using stock Android is the pure experience without any additions, however, if you are used to using custom skins, you will find it annoying not having those little, nifty actions during the first few days. There are gestures to help you perform actions quickly – the best one is swiping your finger down the fingerprint sensor to slide the notification bar down.

There is a 3060mAh battery given on the Nokia 6.1 Plus. We found the battery life on Nokia 6.1 Plus really impressive. Nokia phones have always been revered for lasting more than you can expect and Nokia 6.1 Plus is no different. We used social media and Internet apps for over 2 hours, played games for about an hour, watched an hour-long Netflix movie, and went out for a shoot that last approximately half an hour. At the end of the day, Nokia 6.1 Plus still had 15 per cent battery. The charger bundled with the handset is a Quick Charge 4.0-supported fast charger, which is impressive. It takes less than one hour and a half to completely charge the phone.

HMD Global’s experiment with the notch is applaudable. The display is beautiful despite the notch, which you will get used to not noticing after a few days. For a price of Rs 15,999, the Nokia 6.1 Plus is value for money if the camera isn’t something you give much importance to while buying smartphones.

For European chip stocks, business cycle returns with a vengeance By Reuters

Brexit race to stockpile pushes some of UK’s aerospace suppliers to the brink By...

UK rakes in record 75 billion pounds in City taxes amid Brexit warnings By...

Japan stocks to end 2018 largely flat, make some gains in...

Why the Dow tumbled 600 points and the Nasdaq fell into...