Home Finance No reduction in NPAs of 11 banks under RBI’s PCA, but 4... 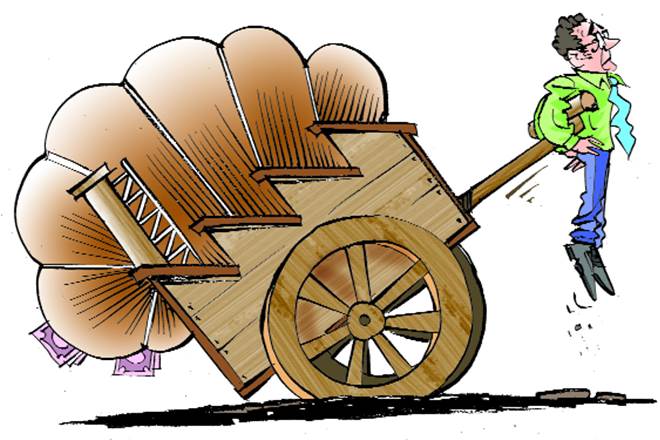 The Reserve Bank of India’s efforts to resurrect weak banks by bringing them under the prompt corrective action (PCA) framework show a different picture altogether as none of the 11 banks has seen a reduction in their gross non-performing (GNPA) in the past one year. Also, only four of these 11 banks under the framework, which imposes lending and other restrictions on weak lenders, have shown improvement in their profits, The Indian Express reported.

It may be noted that of the 21 state-run banks, 11 are under the PCA framework. The government is pushing the Reserve Bank of India (RBI) to relax PCA norms for certain banks that show an improvement in performance and allow them to restart lending.

READ MORE: Finance Ministry hopes 3-4 banks to be out of RBI’s PCA this fiscal

In the quarter of September 2018, Oriental Bank of Commerce, Corporation Bank and Bank of Maharashtra improved their profitability compared with the losses in the same quarter a year ago, while UCO Bank, IDBI Bank, Allahabad Bank and Dena Bank reported deterioration in both profitability and NPAs during the quarter. Indian Overseas Bank managed to bring down its net loss to Rs 487.26 crore in the three months period from a net loss of Rs 1,222.5 crore in the same quarter last year. The other seven PCA banks, however, reported a significant increase in net losses.

Why are their NPAs rising?

Since many of these banks stopped lending over the past one year, as per the PCA norms, the NPA ratio – which is measured as a percentage of total assets – would obviously grow as the asset base did not rise in proportion to the increase in the NPAs. And this is one of the reasons behind increasing GNPA, a government official told the newspaper.

Last week, the RBI held a meeting and announced that the Board of Financial Supervision (BFS) will review the existing framework. It is expected that the banks under the PCA framework that have shown improvement in performance can be pulled out of the shackles of the PCA.

The review could take place as early as the first week of December. Also, the panel could revisit the three indicators of the PCA framework—capital-to-risk-weighted-assets ratio (CRAR), net non-performing assets (NPA) and return on assets (RoA). A bank that breaches stipulated thresholds in any of these runs the risk of inviting the PCA.

No antidumping duty on dust control film imported from China, three other countries

Moneyish: Here's how you can help get out the vote

Facebook blocks 30 accounts ahead of US midterm elections: Statement

They, them, theirs? The push for going gender-neutral in the workplace