Home Finance next rate move likely up, but room to cut By Reuters 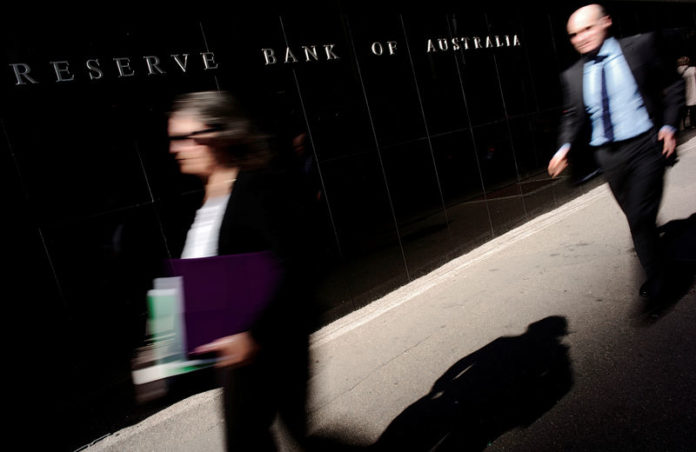 By Swati Pandey and Wayne Cole

SYDNEY (Reuters) – Australia’s central bank has room to cut policy rates from current record lows although the next move is still likely to be an increase rather than a decrease, Deputy Governor Guy Debelle said on Thursday.

The comments come a day after a disappointing reading on domestic economic growth led financial markets to wipe out any probability of a hike in rates next year and even price in a small chance of an easing.

“The Reserve Bank has repeatedly said that our expectation is that the next move in monetary policy is more likely up than down, though it is some way off,” Debelle said in a speech titled ‘lessons and questions from the global financial crisis’.

“But should that turn out not to be the case, there is still scope for further reductions in the policy rate,” he said.

Awaiting a revival in wage growth and inflation, the Reserve Bank of Australia (RBA) has kept interest rates on hold since reducing its policy rate to 1.50 percent in August 2016.

It has also been reluctant to trim rates further out of fear that it could fuel a dangerous debt binge in the property market, which is finally slowing after skyrocketing to all-time highs.

Investors were pricing in a modest chance of a hike by the end of next year until data released on Wednesday showed annual economic growth had slowed by more than expected last quarter to 2.8 percent.

Interest rate futures were now implying a small 14 percent chance of a cut by September 2019.

Debelle noted Australia also had fiscal room to stimulate the economy should that be needed and could undertake quantitative easing if absolutely necessary.

“The RBA’s balance sheet can also expand to help reduce upward pressure on funding, if necessary,” he said.

A floating Australian dollar was also an “important shock absorber” for the A$1.8 trillion economy.

Talking about the lessons from the global financial crisis, Debelle said it was important to keep credit flowing to the economy and, right now, the similar business models of Australia’s banks could be an impediment to that.

“Their similar behavior and similar reaction functions to events such as falling house prices run the risk of amplifying the downturn in the housing market,” Debelle added.

Home prices in Sydney and Melbourne had broadly doubled between 2008 and 2016, raising fears of a bubble and forcing regulators to take steps to slow the market.

Property prices have come down since, posting their worst performance since the global financial crisis. The RBA has so far sounded sanguine about the 10 percent fall in Sydney home values.

A high-level inquiry into wrongdoings in Australia’s major banks has also pushed the four giant lenders into a shell.

“The (2008) crisis very much demonstrated the critical importance of keeping the lending flowing,” Debelle said.

“That lesson is relevant to the situation today in Australia, where there is a risk that a reduced appetite to lend will overly curtail borrowing with consequent effects for the Australian economy.”

How The U.S. Consumer Could Bail Out The Stock Market

Why Stimulus Isn’t Working in China By Bloomberg

Fears about the economy shouldn’t keep you out of the stock...