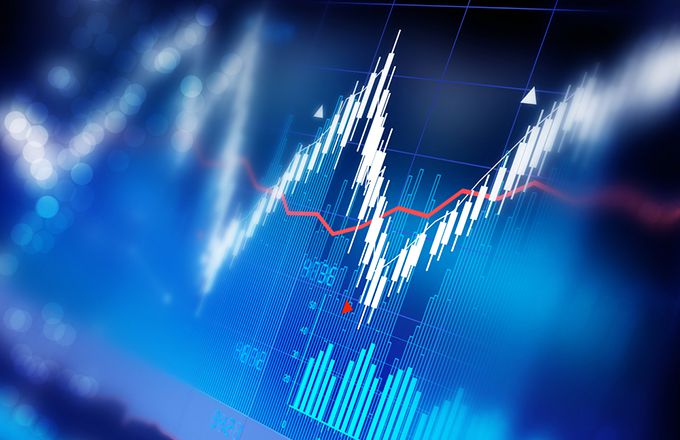 New Age Beverages Corporation (NBEV) shares have nearly doubled from their lows made back in mid-November, but the current rally may fizzle as technical indicators point to overbought conditions.

Since New Age Beverages’ move into the cannabis industry in October, traders have speculated that beverage giants would be interested in acquiring or partnering with the company. The passage of the farm bill and its favorable treatment of industrial hemp led to further speculation that beverage giants may be more amenable to deals within the hemp-based CBD subset of the cannabis industry.

Earlier this month, the company also announced the acquisition of Morinda Holdings Inc., which created the 40th largest non-alcoholic beverage company in the world with $300 million in annual net revenue. Roth Capital analysts hailed the deal as transformative, saying that it gives the company a global distribution network for cannabis products.

Traders should watch for consolidation above the ascending triangle top at around $5.30 before a durable move higher. If the stock breaks out from R2 resistance, traders could see a move higher toward prior highs at around $8.90 over the coming quarters. The potential for a partnership with a beverage giant will likely contain short interest, but the cannabis industry’s volatility could lead to an increase in selling pressure.

The author holds no position in the stock(s) mentioned except through passively managed index funds.

Within Beaten Down Sector, 3 Homebuilder Stocks Poised For Big Comebacks

Trump, offering no evidence, suggests Twitter biased against him