Home Economy Modi takes city gas far and beyond; says, 400 districts to have... 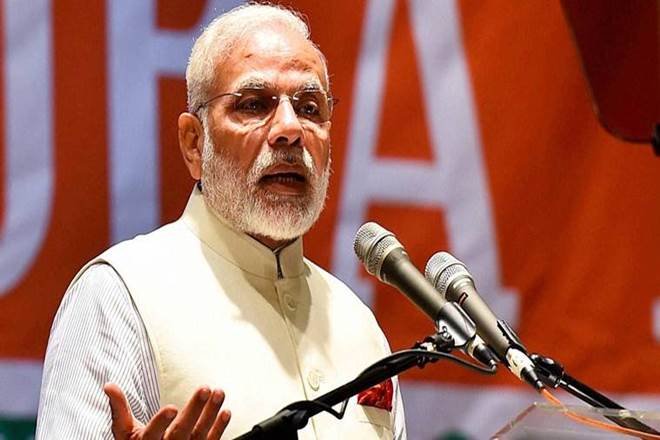 Prime Minister Nareandra Modi Thursday said around 400 district will have city gas distribution facility in next 2 to 3 year, and the number of compressed natural gas (CNG) stations will increase to 10,000 by end of this decade. Thousands of CNG stations and city gas distribution (CGD) facility across India will reduce pollution and strengthen our position under the COP21 (Paris Climate Conference) agreement, Modi said in a function to lay foundation stone of CGD network in 129 district and launch of 10th bidding round of the same.

Modi said that the government has distributed 12 crore LPG connections in last four year, including 6 crore under Ujjwala scheme, which increased the domestic gas coverage to 90 per cent in the country. Taking a dig at the earlier government, he said, “The domestic LPG coverage was 55 per cent four year ago (when BJP government took over in 2014). About 13 crore LPG connections were given in last 60 years till 2014”.

Modi also informed that there were 24 lakh piped gas connections till 2014 and now the number crossed two crore. The prime minister said oil sector is an example of “reform, perform and transform” philosophy of the NDA government. Modi also said, “If I say that in 2014, people have not just changed the government but also the working style, culture and the way scheme are implemented then it would not be wrong”.

He said that at present 66 district were covered under the CGD till 2014, while work is on in 174 districts and in next 2 to 3 years city gas would be available in over 400 districts. He also said that at present number of CNG stations are 1,470 and the number will go up to 10,000 by end of this decade.

What Will Teams Perform For Juniors’ Choice Night?

10 Facts About The End Of First World War

Investing in Robotics Through ETFs and Stocks (ROBO, ROK)