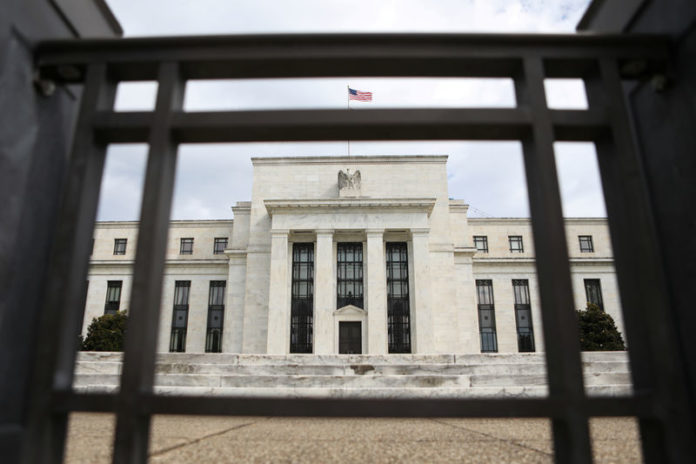 LONDON (Reuters) – When the U.S. Federal Reserve issued a statement of 250 words after raising interest rates last month, markets focused on just one: accommodative. And it wasn’t even mentioned.

The omission of a word that had featured in Fed statements for years sent bond yields lower as investors interpreted it as a signal the Fed’s policy stance was no longer accommodative – so rates might not go up again, for a while at least.

But a week later, Fed Chairman Jerome Powell quashed the speculation saying omitting “accommodative” just meant policy was proceeding in line with its expectations. When he went on to say rates were a long way from neutral, bond yields surged to seven-year highs.

Welcome to the world of central bank communication. Much like ancient Greek oracles, policymakers can convey volumes with one word – even without saying it.

Central bankers have long watched their language but with asset buying programs tailing off and rock-bottom rates, they have recognized that giving markets the right signals about future policy – known as forward guidance – has never been more important.

The Fed is not alone in giving hypersensitive markets a bum steer in recent weeks. Bond yields soared in September after European Central Bank (ECB) President Mario Draghi talked about a “vigorous” inflation rise. He too came out later to say the word he had used wasn’t intended to be a policy signal.

These latest market gyrations following misinterpretations of Fed and ECB comments are now intensifying debate around the heft given to such semantical nuances – and whether speaking in code risks doing more harm than good to the world’s economies.

“If you plan to raise rates, say so. If you insist on using these quaint phrases, publish a glossary so everyone can crack the code,” said Richard Barwell, a former Bank of England (BoE) economist who is now head of macro research at BNP Paribas (PA:) Asset Management.

Barwell pointed out that the ECB says it “intends” to reinvest maturing bonds purchased under its stimulus program but “expects” to raise interest rates.

“Expect vs intend. Does this imply a different level of commitment? According to the codebook, they are signaling to ECB watchers they are less committed to the guidance on rates than they are on reinvestment. But why not come out and say that?” he said.

Such is the concern about misinterpretation, the Bank for International Settlements (BIS), an umbrella body for the world’s central banks, weighed in this month with a paper https://www.bis.org/publ/work750.htm arguing that varying interpretations of policy clues offered little benefit – and even risked inflicting economic damage.

Its study of a past Fed pledge to keep rates low for a specific period found that pessimistic forecasters saw it as a signal the economic outlook was deteriorating. But optimists, who interpreted it as a promise of more stimulus, lifted growth and inflation forecasts, in turn encouraging greater spending.

“Our findings suggest forward guidance is most effective when observers see it as a promise of future stimulus. This supports the argument that, unless central banks can make this more explicit when explaining their policy frameworks, forward guidance may fail to stimulate economic growth. In fact, it may even deter it,” the BIS said.

(Click for an interactive version of the chart https://tmsnrt.rs/2QttXas)

Central bankers have not always been so talkative.

It is only 24 years since the Fed started publicly announcing interest rate changes at all, and just 20 years since its first post-meeting statements.

Forward guidance then emerged a decade ago after the financial crisis as a tool to direct markets at a time of near-zero interest rates and complex bond-buying stimulus programs.

To be sure, markets were always sensitive to policy language. In 1996, former Fed Chairman Alan Greenspan’s bombshell description of heady stock markets as “irrational exuberance” knocked markets back sharply.

But back then, it was rare to direct markets at all. It was said that the German Bundesbank’s communications policy during the 1980s and 1990s was to let markets know what they were doing – just not what they would do tomorrow.

So way before verbal nods and winks became the norm, investors still had to read the central bank tea leaves.

“Things have come on a long way and partly that was a function of the financial crisis. Times were desperate and one of the ways central banks were trying to help was to give markets forward guidance,” Miller said.

The BoE was also tight-lipped, delivering one speech a year a century ago and only gained the power to change rates in 1997.

The question for asset managers is how best to leverage nuances in language for profit? One way is to employ people familiar with the lingo.

Aside from economists such as Barwell, prominent ex-central bankers working for banks or funds include the Bundesbank’s Axel Weber who chairs Swiss Bank UBS (S:) and former Dallas Fed President Richard Fisher who is now at Barclays (L:).

Tech can be useful too in cracking the code. Firms such as Prattle https://prattle.co map language patterns for a quick analysis of statements, assigning speeches “dovish” or “hawkish” scores.

According to CEO Evan Schnidman, Prattle has accurately predicted over 96 percent of monetary policy decisions in G10 countries since it started keeping records three years ago.

But as central banks wind down stimulus programs, many analysts such as Miller who watched Greenspan’s briefcase in the 1990s, confess they are tired of reading between the lines.

“People are more fixated (on central bankers’ views) than data and to me, that’s dangerous,” he said.

Sign up: Talk trade wars and more Saturday with Barron's and MarketWatch experts