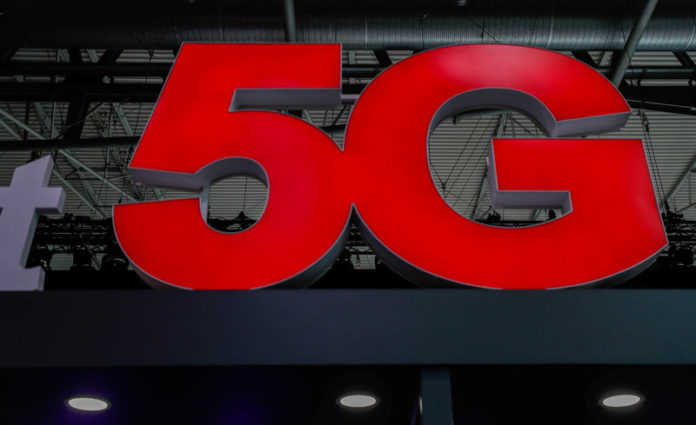 © Reuters. FILE PHOTO: A 5G sign is seen during the Mobile World Congress in Barcelona

FRANKFURT (Reuters) – Ultra-short-wave mobile spectrum could add $565 billion to global economic output over the next 15 years if used to connect robots or other applications, the telecoms industry estimates.

But governments will first need to harmonize standards for the award of so-called millimeter-wave spectrum, which can carry the vast data flows needed to power those services, the GSMA industry association said in a report on Wednesday.

Some countries, such as South Korea or the United States, have moved early to award millimeter wave spectrum to telecoms operators, creating a testing ground to develop practical uses for the technology.

But for others, the World Radiocommunication Conference (WRC), a gathering next year of the United Nations body in Egypt, will be crucial, the GSMA’s Brett Tarnutzer said.

“It’s this international harmonization that’s going to lead the economies of scale, and make it less costly and faster to deploy all over the world,” Tarnutzer told Reuters.

Telecom network operators have seen their share prices languish as they shoulder the costs of network upgrades while their revenue streams are eroded by tech companies offering chat apps or ‘over the top’ video streaming services.

But the industry sees potential not just as a provider of 5G connectivity, but also of services such as industrial automation, remote surgery, or virtual ‘meetings’, the GSMA added.

Many countries are already auctioning low- and mid-band spectrum for 5G, but it’s millimeter-wave frequencies of above 6 Gigahertz that are critical to advanced applications thanks to their high data capacity.

First movers in Asia-Pacific and Americas should generate the greatest incremental uplift in gross domestic product from their adoption of millimeter-wave 5G, the GSMA estimates.

But Europe’s advanced industrial base means that it could emerge as leader in deploying the technology in manufacturing.

The GSMA recommends that the WRC gathering support the use of the 26, 40 and 66-71 Gigahertz bands for mobile services.

“5G can really power this next wave of manufacturing – the mobile industry is well suited to provide that,” Tarnutzer said.

Baby boomers ruined America, according to this Generation X author