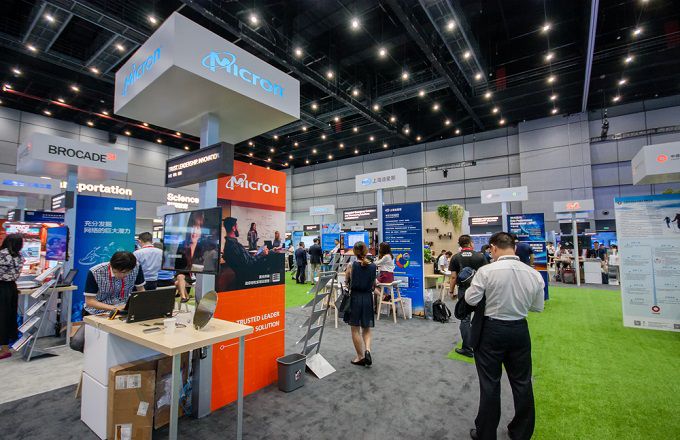 Micron Technology, Inc. (MU) reports earnings next week following a brutal decline that has dropped shares of the memory giant more than 40% to a 15-month low. Micron reduced fiscal first quarter guidance in its October release, triggering a sell-the-news reaction that spread quickly into the broad chip sector. The company now expects EPS in the range of $2.87 to $3.02 and lower gross margins than it saw in a very profitable fourth quarter.

The stock has struggled since mid-year, undermined by heavy China exposure that is vulnerable to trade tariffs and retaliation. Renewed negotiations between the U.S. and China have triggered a minor bounce, but Micron is still trading less than two points above the deep low posted in October. This bearish positioning will make it easier for a sell-off after earnings to pierce range support and enter another stomach-wrenching downturn.

But there are technical reasons to be optimistic heading into earnings. Long-term relative strength indicators have now reached oversold levels for the first time since 2016, while the correction has settled at the September 2017 breakout above the 2014 high. Micron stock is also trading at the 50% retracement of the two-year uptrend and .786 retracement of the 2017 to 2018 rally wave, marking a beneficial alignment for an intermediate trend change.

Year-end tax selling pressure remains a wild card in this mixed scenario because the stock is sitting on a 16% year-to-date loss after trapping a large supply of shareholders at much higher prices. It is hard to tell if progress on trade negotiations and an upbeat earnings report can overcome this annual force of nature, which could delay stronger upside into 2019, when the January effect comes online.

The strongest trend advance so far this century remounted broken support near $11.50 a few months later and broke out above 2014 resistance in September 2017. Impressive gains continued into March 2018, when the rally ended in the mid-$60s, giving way to a pullback, followed by a failed May breakout attempt. The subsequent downturn carved the final leg of a double top that broke to the downside in September, dropping the stock back to the 2014 high.

Mixed price action has held support for the past two months, carving a diagonal pattern that is grinding through a fourth wave decline. This formation often prints five waves before breaking out or breaking down, so a fifth wave bounce could be productive, completing a base breakout that targets the 200-day exponential moving average (EMA) and broken double top in the mid-$40s. Conversely, a breakdown would expose the August 2017 low just under $27.

The on-balance volume (OBV) accumulation-distribution indicator raises the odds for a bullish outcome in the coming weeks. It pushed above the 2014 high in September 2017 and topped out with price in June 2018. The distribution wave into October held well above 2017 levels, while a minor accumulation wave into December is consistent with the two-month trading range. The broad pattern indicates unusual shareholder loyalty, given the high percentage decline since June.

Micron Technology reports earnings on Dec. 18, offering a potential catalyst for the stock to end a six-month decline and enter a sustained recovery wave. However, the calendar could delay higher prices, with year-end tax selling pressure increasing overhead supply until January.

Disclosure: The author held no positions in the aforementioned securities at the time of publication.

Australia stocks lower at close of trade; S&P/ASX 200 down 0.24% By Investing.com

iPhone XS: A premium smartphone that still stands ahead of the...