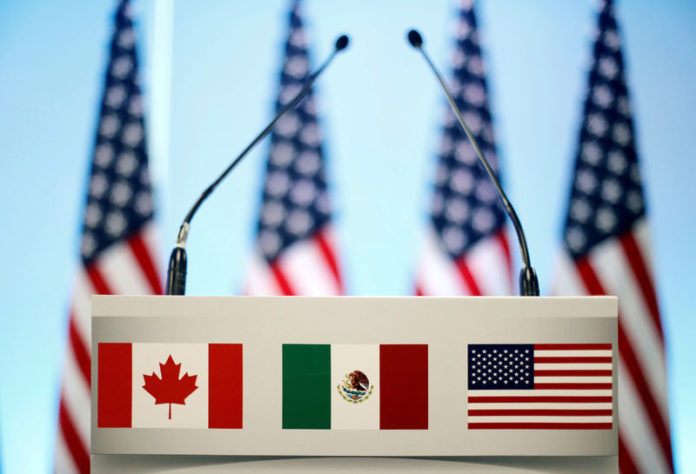 © Reuters. FILE PHOTO: The flags of Canada, Mexico and the U.S. are seen on a lectern before a joint news conference on the closing of the seventh round of NAFTA talks in Mexico City

MEXICO CITY (Reuters) – Mexican President Enrique Pena Nieto and Canada’s Prime Minister Justin Trudeau spoke on Friday by phone about the Nov. 30 signing at a G20 summit of a new trade deal between Mexico, Canada and the United States, Pena Nieto’s office said in a statement.

Afterwards, the accord would be sent to the legislatures of the three countries, the statement added, without saying which officials would sign the deal known as the United States-Mexico-Canada Agreement (USMCA). Pena Nieto is expected to attend the summit in Buenos Aires. Nov. 30 is his last day in office.

Bank Rules Expected to Loosen Even If Democrats Seize House By...