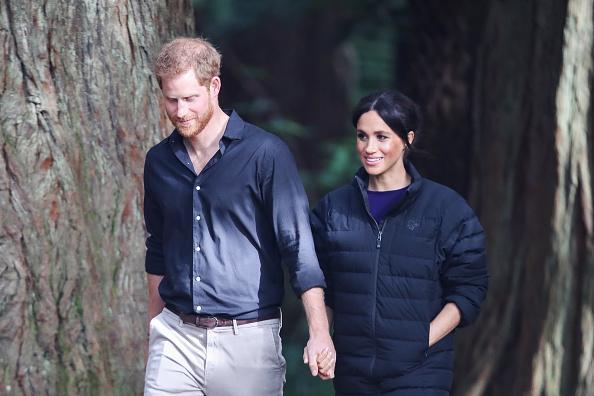 Meghan Markle underwent surgery because of a bunion.

On Wednesday, the Duke and Duchess of Sussex went barefoot at a Powhiri, a traditional Maori welcoming ceremony, when visiting Te Papaiouru Marae in Rotorua, New Zealand. During the sighting, Markle revealed telltale signs of bunions that were seen in the red scar marks on the side of her left foot.

“Meghan’s scar is 100 percent due to open bunion surgery,” consultant trauma and orthopedic surgeon for BMI Shirley Oaks hospital, Kumar Kunasingam told The Sun. “While the scar is only 4-5 centimeters long, this type of surgery can be very painful and it can take up to three months before patients can wear heels again.”

According to Kunasingam, the joint on metatarsal where bunions usually occur has many layers. Thus, during the surgery, the surgeon has to cut through all those layers to get the bone broken, straightened and pinned.

“A bunion is a bit like an onion,” he added. “It has so many layers and both pre and post-surgery they can make you cry.”

The expert added that he was surprised that Markle opted to get the surgery. According to him, the recovery can be “very painful.”

“I’m surprised she went to open surgery because the recovery is very painful, ” he continued. “The wound remains very sore and the joint very stiff. It’s likely she would’ve been off her feet for 6-8 weeks at least.”

According to the expert, patients would have to bath or shower with plastic bags on their feet for up to six weeks and may need help doing simple things like going to the bathroom.

“That said, as an actress, Meghan’s job at the time of surgery would have involved long hours on her feet, lots of flying so I imagine she would have had bespoke physiotherapy and an icing regime to help her feet recover as quickly as possible,” Kunasingam added. “As for getting her Manolos back on – it could have taken up to three months.”

The publication noted that Markle could have done the surgery in 2014 after suffering from bunions for at least four years. There were photos of the duchess with her bunions looking swollen and sore in 2013 and 2010.

A number of celebrities including Victoria Beckham, Amal Clooney and Tilda Swinton have suffered from the same condition. Camilla Parker Bowles was also spotted using a bunion-correcting footwear at Wimbledon. The Duchess of Cornwall also wore the same footwear on a royal trip to Northern Ireland with Prince Charles.

Rupee crashes below 74 as RBI opts not to hike rate

Walgreens to link up with FedEx on next-day drug delivery as Amazon nears By...

Time To Cash In On Visa And Mastercard After Strong Run

World markets themes for the week ahead By Reuters