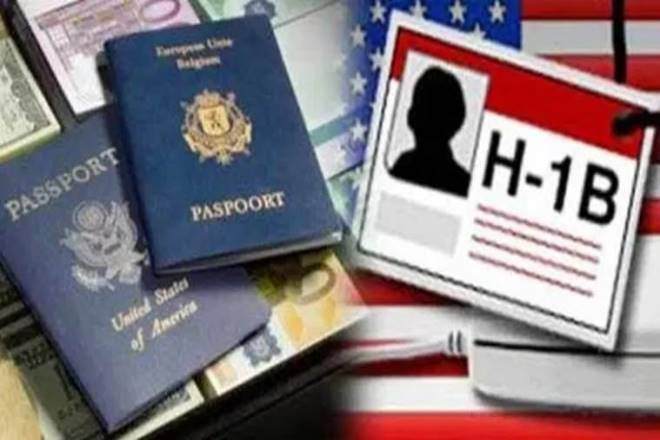 The Trump administration has said it is planning to “revise” the definition of employment and specialty occupations under the H-1B visas by January, a move which will have an adverse impact on Indian IT companies in the US and small and medium-sized contractual firms mostly owned by Indian-Americans. The H-1B visa, most sought-after among Indian IT professionals, is a non-immigrant visa that allows US companies to employ foreign workers in speciality occupations that require theoretical or technical expertise.

The technology companies depend on it to hire tens of thousands of employees each year from countries like India and China. The Department of Homeland Security (DHS) said On Wednesday that the US Citizenship and Immigration Services (USCIS) plans to come out with its new proposal by January, 2019. The DHS said it was also proposing to remove from its regulations certain H-4 spouses of H-1B non-immigrants as a class of aliens eligible for employment authorisation.

The move to end the rule could have an impact on more than 70,000 H-4 visas holders, who have work permits. The H-4 visas are issued by the USCIS to immediate family members (spouse and children under 21 years of age) of the holders of H-1B visa. The DHS said it will “propose to revise the definition of specialty occupation” to increase focus on obtaining the best and the brightest foreign nationals via the H-1B programme. It will also “revise the definition” of employment and employer-employee relationship to “better protect” US workers and wages, the DHS said.

Such a move, which is part of the Unified Fall Agenda of the Trump administration, will have a detrimental impact on the functioning of Indian IT companies in the US and also small and medium-sized contractual companies in the IT sector, which are mostly owned by Indian-Americans. In addition, the DHS will propose additional requirements designed to ensure employers pay appropriate wages to H-1B visa holders, the administration said.

The H1-B visa has an annual numerical limit cap of 65,000 visas each fiscal year as mandated by the Congress. The first 20,000 petitions filed on behalf of beneficiaries with a US master’s degree or higher are exempt from the cap. As an H-1B non-immigrant, the applicant may be admitted for a period of up to three years. The time period may be extended, but generally cannot go beyond a total of six years.

The DHS said it was also finalising its interim regulation governing petitions filed on behalf of alien workers subject to the annual numerical limitations applicable to the H-1B non-immigrant classification. This rule precludes an individual from filing duplicate petitions on behalf of the same alien temporary worker. The rule also makes accommodations for petitioners to create a more efficient filing process for H-1B petitions subject to the annual numerical limitation.

Observing that the demand for H-1B visas has often exceeded the numerical limitation, the DHS said it was proposing to establish an electronic registration programme for such applications. This will allow USCIS to more efficiently manage the intake and lottery process for these H-1B petitions, it said. The Trump administration is reviewing the H-1B visa policy that it thinks is being misused by companies to replace American workers.

The administration has said publicly and also in its court filing that it wants to revoke work permits to H4 visa holders, a significant majority of whom are Indian-Americans and women. The move will have a major impact on Indian women as they are the major beneficiary of the Obama-era rule. The DHS in its Unified Fall Agenda said it believed that abandoning the current practice of granting employment authorisation to H-4 dependent spouses would benefit some US workers.

It said the proposed rule would no longer allow H-4 workers to enter the labour market early. The DHS, which has already delayed three times this year issuing of the necessary notification, said it was on its way to remove H-4 dependent spouses from getting work authorisation.

As of December 25, 2017, US Citizenship and Immigration Services had approved 126,853 applications for employment authorisation for H-4 visa holders. These count all approvals since May 2015 when the rule was implemented. This number includes 90,946 initial approvals, 35,219 renewals, and 688 replacements for lost cards.

Jet Airways global sale: Up to 30% discount on flights tickets; check routes, other...

Sterling and euro rise on Brexit hopes, dollar slips on profit-taking By Reuters