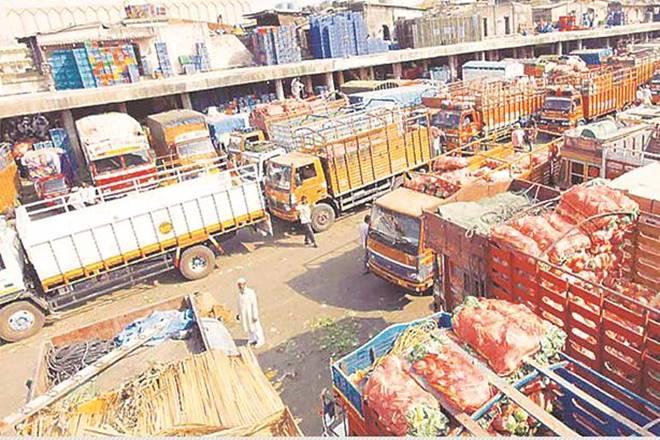 The ripples of dissent to the Maharashtra government’s decision to de-notify all agriculture commodities from mandis have begun to emerge, with traders at the Vashi Agriculture Produce Market Committee (APMC), one of the largest mandis in the country, threatening to observe a one-day bandh on November 27 against the decision.

Traders at Vashi held a meeting with Maharashtra minister for cooperation and marketing Subhash Deshmukh to seek clarity on the role of commission agents in APMCs and also transactions on eNAM.

The state government on October 25 issued an ordinance de-notifying all agriculture commodities effective with immediate effect, which means farmers and traders are free to sell their produce within and outside APMC yards.

The state government in July 2016 had de-notified fruits and vegetables, thereby allowing farmers to sell their produce to buyers within or outside APMC yards as per their choice for better realisation.

In the meeting with the minister, traders pointed out that because of the new ordinance, they would not be able to compete with counterparts outside mandis because of the service charge. There are three major components to the new ordinance — creation of markets of national importance, defining formalities of trade on an electronic platform and limiting the sphere of influence of APMCs. APMCs or wholesale mandis allow farmers to sell their produce to commission agents or traders through competitive bidding or an open auction.

From now on, traders will have to pay the commission, and not farmers. According to Sanjay Pansare, small transactions are conducted in cash and most of the buyers are pheriwalas who do not have bank accounts. It will take time to create awareness about digitisation and online banking systems, and sudden changes of this nature where all payments will be directly done from one bank account to another may impact the trade, he said.

According to Rajendra Shelke, president at the onion and potato market, Vashi commission agents usually work on a credit period of 2-3 months with small buyers and it may not be possible for buyers to make 100% of payments on the same day. Then what happens to the produce, he asked.

Traders at Vashi say they are asking for a practical system that works and since PAN cards and Aadhaar cards of commission agents are already taken during transactions they are accountable.

At present, the government charges 1% as service charge instead of the mandi tax collected earlier. The service charge is meant not only to ensure a smooth transaction between buyers and sellers within the APMC yards, but also to penalise defaulters, if any. All buyers, sellers, arhatiyas, commission agents, transporters and other intermediaries are registered with the APMC in jurisdiction to avoid any discrepancy in transactions.

The state government has also decided to declare APMC mandis as markets of national importance (MNI) which receive over 30% of agriculture produce from a nearby state. Currently, the Azadpur Mandi in Delhi is the only such MNI exists in India.

Maharashtra has more than 306 APMCs with locally-elected members governing them. The government says its decision will help some of them become MNIs, on the lines of the Azadpur Mandi. Thus, they will be able to break shackles of elected bodies to grow beyond local markets and also export produces.

Minister of state for agriculture Sadabhau Khot had earlier said there would be zero revenue loss to the government as commodities are commonly sold outside mandis. Also, market committees will continue to function as before.

Deshmukh urged traders not to go for the bandh saying their concerns would soon be addressed.

RBI vs Government: Centre steps back for fear of Governor Urjit...