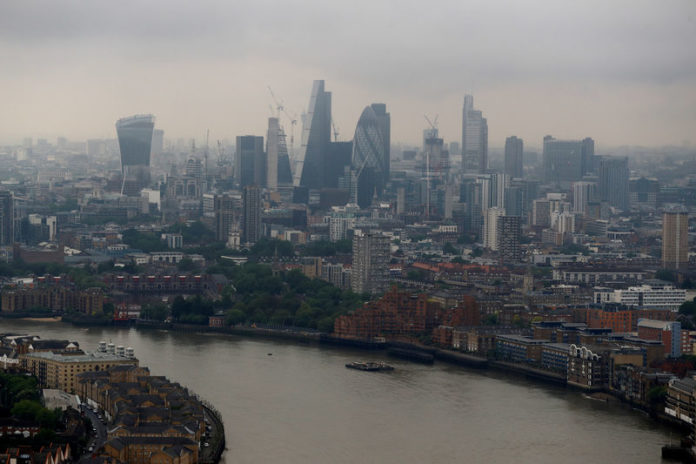 © Reuters. FILE PHOTO: The City of London is seen from Canary Wharf

The body that governs the capital’s historic “Square (NYSE:) Mile” financial district said in a report that London secured 55 inbound foreign direct investment (FDI) projects in financial services last year, compared with 26 each for Dublin and Paris, 24 in Frankfurt, and 20 in New York.

However, it added London was ranked second, behind Singapore, in terms of capital investment between 2013 and 2017, with 4.23 billion pounds compared with 4.73 billion pounds for the Asian financial center.

Britain’s planned departure from the European Union next March has prompted banks, insurers and asset managers that use London as a gateway to the EU market to open new EU hubs in Paris, Frankfurt, Dublin, Luxembourg and Amsterdam.

“The UK leads the world when it comes to exporting financial services and we have a number of strengths that appeal to investors,” said Catherine McGuinness, City of London policy chair.

“We cannot, however, afford to take this position for granted. Foreign investment flows can shift quickly so it is vital that we secure a positive Brexit deal that provides confidence and clarity for the sector.”

The EU is the biggest export market for Britain’s financial services sector, and so far there is no clarity on the country’s future trading relations with the bloc.

Financial services attracted more than double the FDI of any other sector in Britain in 2016, the City’s report said.

So far the tally of financial jobs that have moved from London to new EU “Brexit” hubs has been far lower than initial forecasts after Britain voted in 2016 to leave the bloc.

Nissan Leaf gets approval for vehicle-to-grid use in Germany