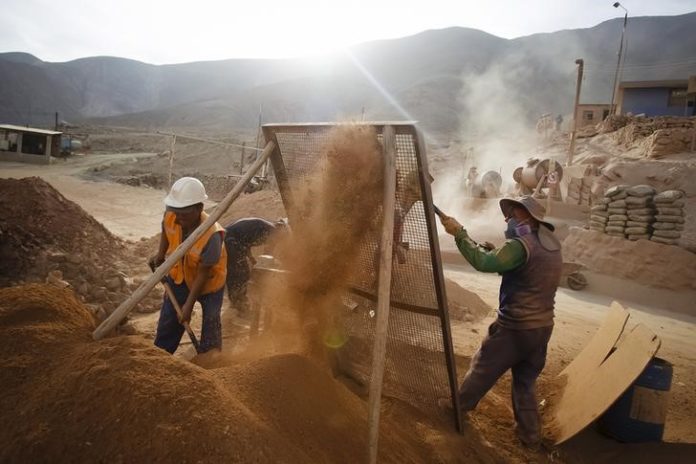 (Bloomberg Opinion) — A year ago, Latin American nations and their bevy of pragmatic, market-friendly, middle-of-the-road presidents stood out from some of their OECD counterparts. Eight presidential races later, the region looks less exceptional. Populism has returned to its historic home. Yet this time injustice, not economic class, turned voters against the political establishment, elevating outsiders who have threatened to undermine democratic norms.

Democracy’s supporters shouldn’t yet despair, as many of the region’s presidential contests reaffirmed its resilience. In Paraguay and Costa Rica, a new generation of leaders arose to revive the ruling parties. In Chile and Colombia, where voters threw out unpopular incumbents, new presidents Sebastian Pinera and Ivan Duque are far from political outsiders.

Still, the region’s politics are not well. According to Americasbarometro, a comprehensive poll conducted across 29 nations with more than 40,000 participants, faith in the democratic system has fallen to historic lows. The cure lies in more democracy, beginning with strengthening the third judicial branch of government.

Voter anger is more than justified. Corruption scandals dominate the news cycle in nearly every nation, even as convictions of the wrongdoers remain rare. Violence blights the day-to-day lives of too many, with one in five citizens reporting they have been a victim of crime in just the last year. Rising crime rates keep people from venturing out at night, from letting their children play outside, or from buying things that might attract attention and thieves. And the benefits from at best tepid economic growth have barely trickled down to the half of all workers shut out of the formal legal economy.

These worrisome trends are accentuated in Mexico and Brazil, home to half of all Latin Americans. Mexicans and Brazilians are more likely than others to see their politicians as corrupt, to believe that justice is rarely served, and that democracy is not the best answer to their woes. Not surprisingly, voters in these two largest economies have embraced outsiders, strongmen with a disdain for the press, legislative oversight or indeed any questioning of their interpretation of the will of the people.

Part of the shift reflects the imperfect but real rise of Latin America’s middle class since the days of its initial populist waves. During the first decade of the 21st century, some 70 million Latin Americans, 40 million in Brazil alone, moved out of poverty. As the daily struggle to feed themselves and their families receded, and as many began to pay taxes themselves, the lack of basic services, unfairness of the system and unresponsiveness of public officials to all but elites opened up a new divide that outside politicians could exploit.

Amplifying this trend was an increase in transparency but not accountability. Over the last decade, freedom of information acts, dogged investigative journalists, an increasingly independent civil society and new means of communication via social media made it easier to expose graft, bribes or other bad behavior. Knowing what their business and political elites have done (or at least what they are accused of doing), citizens also saw that few ever end up behind bars. The justice systems have broken down so badly that in the world’s most violent region, murderers largely go free. In Mexico only 5 percent of homicides lead to a conviction; Brazil’s record is no better. Impunity has become the norm.

Democracy coexists uneasily with exclusive societies and polities. Competitive elections throughout the last several decades in Latin America opened up the executive and legislative branches, the alternation in power enabling change. A proliferation of civil society organizations has pushed to solidify these shifts, pressuring political parties and elected officials to address the demands of citizens.

But the judicial branches have been slower to move away from a more authoritarian past. Fundamental legal reforms have been introduced over the last two decades, shifting many systems away from an older inquisitorial model toward an adversarial one based on oral trials. Many nations have introduced plea bargaining to take on organized crime, and specific legislation to target corruption. Yet implementation has been uneven. In many places, police officers are still learning how to collect evidence that will hold up in court, prosecutors the art of cross-examination, and judges their obligation to defend due process and presumption of innocence. And even where up and running, these new systems have yet to reduce impunity. Rightly frustrated, citizens are losing patience.

Latin America’s presidential election cycle isn’t over. Among the six nations going to the polls in 2019, crime, violence and corruption top voter concerns. In Argentina a change in government could scuttle incipient judicial reforms. In Guatemala the future of CICIG, the UN-backed investigatory body that has helped take on deep-seated corruption, may hang in the electoral balance. Traditional political parties are caught between voters and civil society organizations demanding change. If they don’t make it a political priority to take on entrenched elites and rent-seeking politicians within their ranks, as well as criminals that subvert the rule of law, the new populist wave will grow.