Home Business Kate Middleton, Meghan Markle Follow These Fashion Hacks; What Are They? 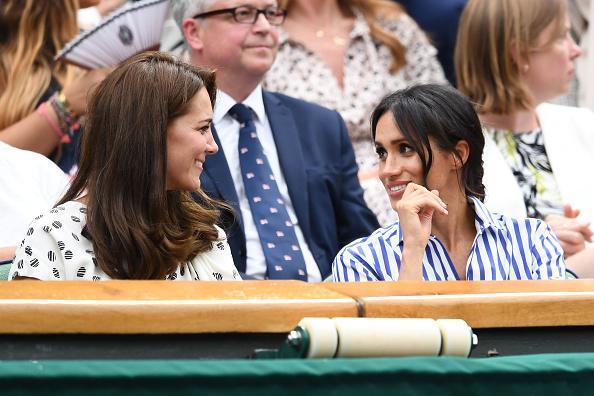 Kate Middleton and Meghan Markle follow different fashion hacks when they are out in public.

Becky Pemberton, a journalist for The Sun, enumerated the secret tricks that the Duchesses swear by to always look picture perfect during their official engagements.

In order to ensure that Middleton and Markle won’t slip while wearing heels, the two female royals use sticky pads inside their shoes. They also wear non-slip tights that are very affordable. The tights also come in three shades, namely, nude, black, and tan.

Myka Meier, an etiquette expert, also revealed that Markle and Middleton wear bodysuits to make sure that their skirts won’t blow up in public.

“Often they wear bodysuits and clothes that actually increase static so it’s much harder for something to fly up. So you have an undergarment that is almost like a bodysuit that is one tactic that is used. I know when I went to finishing school we were taught that when you are on the tarmac if you do not use weights or heavy-weighted material, you make sure it will not fly up by wearing undergarments that keep the fabrics connect to your body,” she said.

Markle is also known for wearing bodysuits instead of tops to prevent her attire for looking messed up or crumpled. And when it comes to bags, female royals are known for using clutch bags so that they can cover their cleavage when getting out of vehicles.

Female royals are also known for wearing shoes that are one size too big to avoid getting blisters. Harriet Davey, a fashion expert, said that celebrities also use the same trick whenever they have to go to red carpet events.

And to avoid dresses from being blown up by the wind, female royals opt for weighted skirts. Queen Elizabeth II’s skirts are also made to be heavier to prevent her underwear from showing in public.

Stewart Parvin, one of Her Majesty’s couturiers, told Daily Mail, “I use certain weights, lead weights, from Peter Jones’s curtain department. We call them pennyweights.”

Middleton and Markle also wear hats when traveling by plane to avoid their hair from getting messed up.

Greek debt crisis will not repeat itself in Italy, says Austria finance minister By...

Yes, It Really Is Possible To Discharge Student Loans In Bankruptcy

Getting rid of me risks delaying Brexit By Reuters

Greece stocks lower at close of trade; Athens General Composite down 0.39% By Investing.com

Colombia stocks lower at close of trade; COLCAP down 0.45% By...