Home Market Julius Baer expects ex-banker’s sentence to have no bearing on its U.S.... 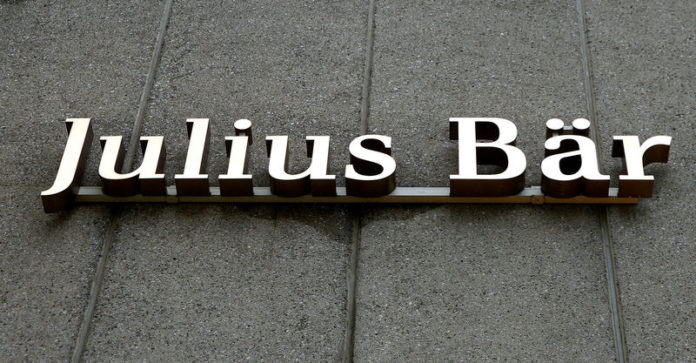 ZURICH (Reuters) – Swiss private bank Julius Baer does not expect the U.S. sentencing of one of its former Latin America executives to have any bearing on the bank’s U.S. legal issues, it said on Tuesday.

Baer, Switzerland’s third-largest private bank, was charged in 2016 with helping wealthy Americans to dodge tax, resulting in a deferred prosecution agreement (DPA) that required it to steer clear of wrongdoing for three years to ensure that the charges were eventually dismissed.

On Monday Matthias Krull, 44, a German national who is a former Julius Baer Panama vice-chairman, was sentenced to 10 years in prison after pleading guilty in August for his role in a billion-dollar scheme to launder money embezzled from Venezuelan state oil company PDVSA.

“Mr Krull is a former employee who has been sentenced to charges brought against him in his personal capacity. The bank is not charged of any wrongdoing,” a Julius Baer spokesman said in response to an enquiry.

“The charges brought against Mr Krull are not related to the matters covered in the bank’s DPA and we have no indication that these events will have any impact on the DPA.”

As part of his plea, Krull admitted that in his position with the Swiss bank he attracted private clients, particularly from Venezuela, the U.S. Department of Justice (DoJ) said.

Krull’s clients included a suspect who was indicted on U.S. money laundering charges in August and three unnamed conspirators described in the indictment, it added.

The DoJ said Krull joined a conspiracy to launder $1.2 billion of funds embezzled from PDVSA via Florida real estate and sophisticated false-investment schemes.

On Black Friday, more U.S. shoppers chose the computer over the mall

Ignore Those Estimates of Black Friday Spending By Bloomberg

Yes Bank share price crashes 5% after Moody’s cut ratings; all you need to...