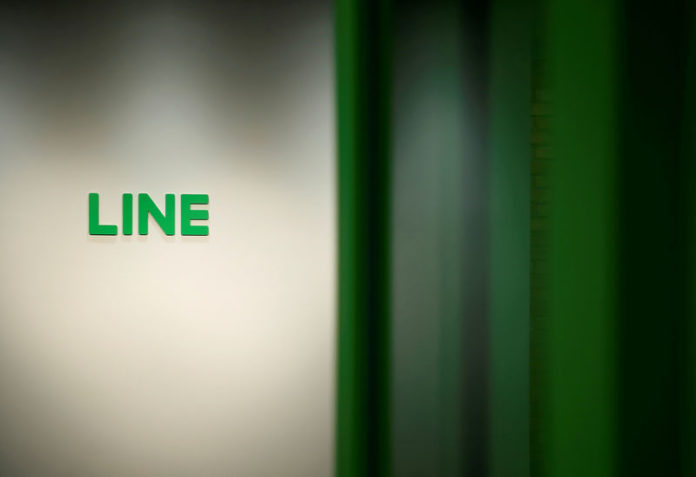 © Reuters. FILE PHOTO – Logo of Line Corp is seen at the company’s headquarters in Tokyo

Line also plans to establish a bank with Mizuho Financial Group Inc (T:), a source with direct knowledge told Reuters, declining to be identified because the plan is not yet public.

Officials at Mizuho were not immediately available to comment. A Line spokeswoman declined to comment on its plans to start a bank. The news was first reported by public broadcaster NHK.

The news of the tie-ups provided some relief for Line’s flagging stock, lifting it as much as 17 percent before closing up 13 percent and adding about $1 billion to its market value.

The shares are still down more than 16 percent in 2018 as, with user numbers for its eponymous flagship app stagnating, Line expands services in areas like payments and .

Japan has been slow to move to cashless payments, with a rush of new entrants like SoftBank Group Corp (T:) backed PayPay and Line Pay looking to encourage consumers to use QR code payments, which have become widespread in countries like China and India.

Tax Guy: The new tax law is nothing but good news for married couples...