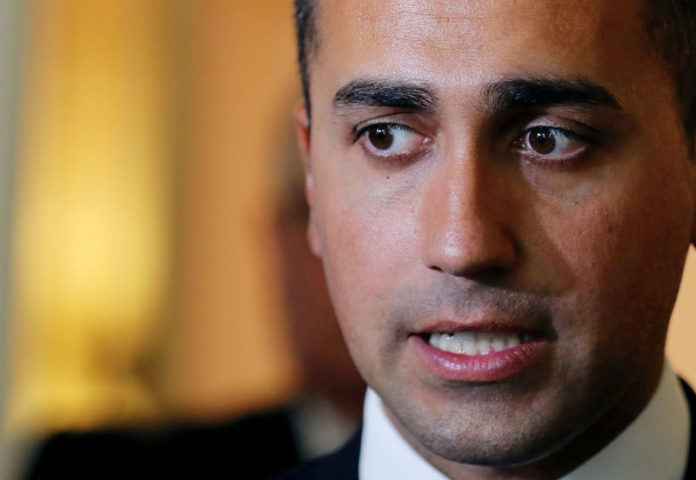 ROME (Reuters) – Italian Deputy Prime Minister Luigi Di Maio on Sunday ruled out that the government could take the country out of the euro zone, saying such talk was no more than scaremongering by its political opponents.

“No-one need fear an exit from the euro or from the European Union, there is no danger and no intention because that isn’t what the Italians asked of us at the election,” Di Maio said in an interview on private television station Canale 5.

Di Maio, who leads the anti-establishment 5-Star Movement which governs with the right-wing League, told the station that the opposition Democratic Party said the government wanted to leave the euro “because they want to scare people”.

Both the League and 5-Star once campaigned on an anti-euro platform, but the former rivals ditched any plans to leave the single currency when they joined forces to form a government in June, following an inconclusive national election.

However, financial markets remain nervous despite repeated reiterations that ditching the euro is not in the government’s program, and occasional eurosceptic comments by coalition members have triggered sell-offs of Italian government bonds.

Oil And Copper: A Tale Of Two Diverging Commodities Thanks To Trump