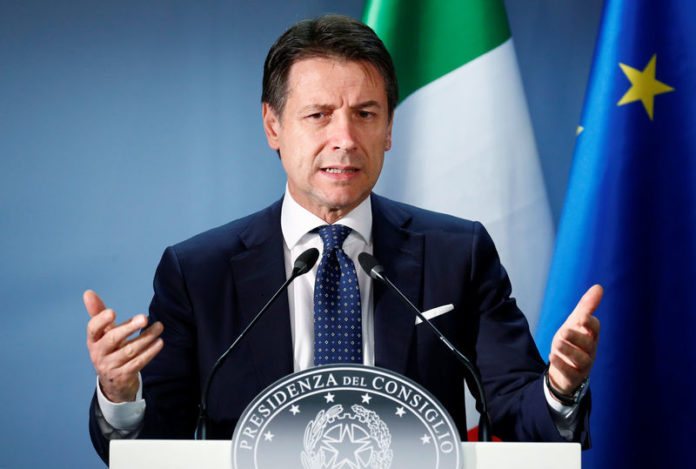 ROME (Reuters) – Italy has done a deal with the European Commission over its contested 2019 budget, a spokeswoman at the Economy Ministry said on Tuesday, signaling an end to weeks of wrangling that had shaken financial markets.

However, a source in Prime Minister Giuseppe Conte’s urged caution, saying Rome had only received verbal assurances from Brussels. He added that a deal was not expected to be formalized until a meeting of EU commissioners in Brussels on Wednesday.

“There is reasonable expectation that the budget proposal will be brought to the Commission’s attention tomorrow and that this will be positive for Italy,” said the source. “But it is necessary to wait for the procedure to be completed in order to consider the negotiation definitively concluded.”

A Commission spokesman confirmed that the Italian budget would be discussed on Wednesday, but declined further comment.

The Economy Ministry declined to give further details and the contents of the agreement were not immediately available.

The Commission rejected Italy’s expansionary draft budget in October, saying it would not lower the country’s large debt and declaring it in clear breach of EU fiscal rules.

Rome submitted a revised plan last week with a lower deficit target, opening the way for an intensive round of negotiations. Conte will address parliament on Wednesday at midday to present all the latest information about the budget, his office said.

Italy’s original budget proposal envisaged a deficit equal to 2.4 percent of gross domestic product in 2019, up from 1.8 percent this year. The revised plan presented last week lowered that to 2.04 percent and it was not clear if the Commission had insisted on a further reduction.

Mazda aims for all of its vehicles to be electric hybrid, EVs by 2030...