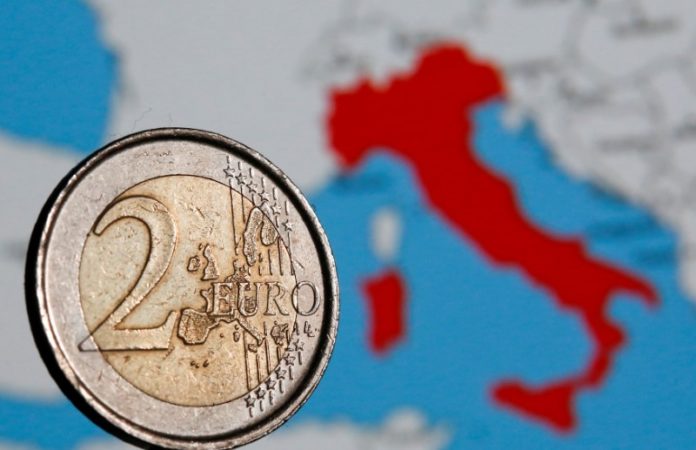 (Bloomberg) — Italian government bonds and stocks rallied after a credit ratings decision by Moody’s Investors Service removed the immediate threat of a downgrade to junk.

Yields on 10-year securities fell to their lowest level in over two weeks following Friday’s cut to Baa3 — its lowest investment-grade rating — with a “stable” outlook enough to tempt back investors. Italy is due to be reviewed by S&P Global Ratings Friday, who have the nation two notches above junk.

“One important event risk has now been taken away, with the risk that Italy was on its way to become non-investment grade now relatively small,” said Arne Lohmann Rasmussen, head of fixed-income research at Danske Bank A/S. “The more positive general risk appetite should support BTPs.”

Italy’s bond yield dropped as much as 18 basis points to 3.30 percent, the lowest level since Oct. 4, before paring the decline to 5 basis points as of 9:18 a.m. London time. The spread over those on equivalent German bonds was 299 basis points. The of shares gained 0.7 percent, with banks among the biggest beneficiaries. The climbed 0.1 percent to $1.1526.

With the prospect of a junk rating put on hold for now, the main risks for Italian bonds depend on the ongoing budget negotiations between the European Union and the country’s populist leaders. Local news media reported that the coalition will tell the Commission that it is sticking with its plan to enlarge the fiscal deficit to 2.4 percent next year, despite push back from the bloc.

The government will send its response to the Commission by noon Rome time Monday, according to newspaper La Repubblica, without saying where it got the information. Commissioner for Economic Affairs Pierre Moscovici struck a more conciliatory tone Friday, saying the bloc wouldn’t interfere with Italy’s economic policies.

“The Commission then needs to decide whether it will show a yellow card or reject the budget by next Monday,” wrote Commerzbank strategists including Michael Leister in a note to clients, who recommend a long position in Italian bonds, with a spread target of 270 basis points over Germany. “The remarkable u-turn in the Italy news flow since Friday afternoon should set the tone for now.”

Fintech: The rise of digital lending