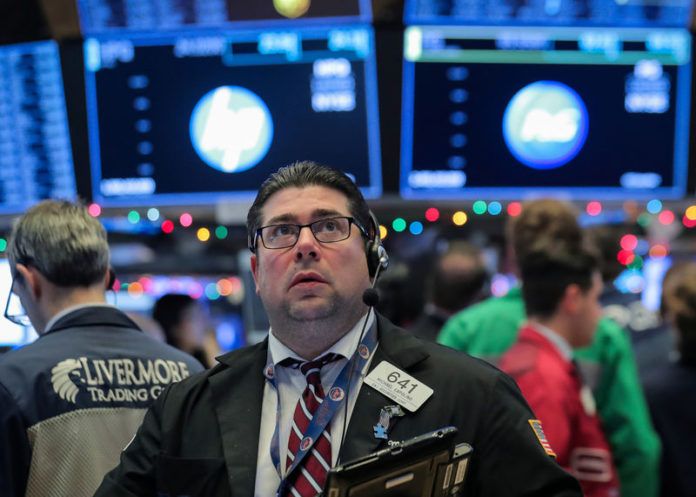 LONDON (Reuters) – Investors pulled billions from bonds and stocks this week as U.S. bond movements triggered fears over global growth and a trade tussle between the United States and China heated up, strategists at Bank of America Merrill Lynch (NYSE:) said on Friday.

This week’s selloff was precipitated by the inversion of part of the U.S. yield curve, which has previously been a reliable indicator of an impending recession.

It deepened on Thursday after the chief financial officer of China’s Huawei was arrested on a U.S. request, sending markets spiraling further as investors predicted a worsening of relations between the world’s two biggest economies.

The anxiety drove investors to pull $5.2 billion from equity funds and $8.1 billion from bond funds, according to EPFR data cited by BAML.

Equity outflows were made up of opposite flows in ETFs and mutual funds, with $5.3 billion driven into ETFs while $10.5 billion was taken out of mutual funds.

But investors were continuing to edge back into emerging market stocks, which saw their eighth week of inflows with $2.7 billion.

This helped push BAML’s “Bull & Bear” indicator of market sentiment up from 2.4 to 2.7 – “not yet an extreme bearish reading”, BAML strategists said.

The global consensus forecast is for 8.3 percent growth in earnings-per-share in 2019, which the strategists said was too high, predicting a “Big Low” in markets next year.

In bond flows investors were pulling out of corporate debt and into government debt, the EPFR data showed.

Some $15 billion flowed into government bond funds over the past eight weeks, while $49 billion flowed out of investment-grade, high-yield, and emerging market debt.

In equity sectors, a building preference for value stocks over growth inverted this week, as tech had its biggest inflows in 11 weeks and financials saw heavy outflows.

Concerns grow over Israel’s loosening budget ahead of election year By...

Twitter CEO kicks up storm in India, offending some Hindus