Home Business Infra Funding: NIIF yet to move into the fast lane even after... 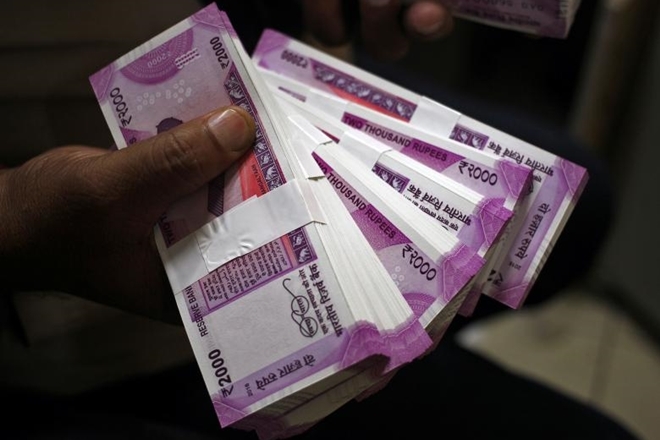 Around three years after its establishment, the National Investment and Infrastructure Fund (NIIF)— India’s ambitious quasi-sovereign wealth fund — is yet to develop an impressive portfolio of its investments across the infrastructure sector.
NIIF currently manages capital invested through three funds: NIIF Master Fund (focuses mainly on core infrastructure and operating assets); NIIF Fund of Funds (invests in funds managed by third-party managers in the infrastructure and associated sectors) and NIIF Strategic Fund (a more diversified investment strategy, including green-field projects and debt platforms). While it has invested around Rs 1,800 crore through the Fund of Funds, it hasn’t revealed the exact quantum of investment through its Master Fund in at least two cases.

The government has committed Rs 20,000 crore for its planned 49% stake in all NIIF funds, the rest is to be raised by the NIIF from international and domestic institutional investors over time. The NIIF Master Fund has raised around $1.5 billion from a clutch of investors, including Abu Dhabi Investment Authority (ADIA), Temasek of Singapore, ICICI Bank, HDFC Group, Kotak Mahindra Life Insurance and Axis bank. ADIA alone has committed $1 billion and Temasek $400 million. As for the NIIF Fund of Funds, the AIIB has approved a $200 million investment.

NIIF Master Fund and Dubai-based ports operator DP World have acquired 90% of Continental Warehousing through a jointly created a platform company, Hindustan Infralog (HIL). This JV was also the successful bidder for a free trade zone project in JNPT, Mumbai. NIIF didn’t disclose the details of these investments, although it had announced that its venture with DP World would create a fund to invest up to $3 billion of equity in India’s transport and logistics sectors. Its Strategic Fund is currently sourcing and analysing investments.

Last year, finance minister Arun Jaitley had said the country required investments worth an estimated Rs 43 lakh crore (about $646 billion) in the infrastructure sector over the next five years. As much as 70% of this requirement will be in power, roads and urban infrastructure. Given that most public-sector banks are struggling to cope with toxic assets, their ability to fund large infrastructure projects is very limited. So funds for infrastructure from other sources, including NIIF, assume importance.

An official source attributes the delay to the usual time-consuming process of building a new institution —which requires meticulous designing and hiring manpower — and negotiations with potential investors on various aspects of funding. Another source insists that NIIF is not a government organisation (the Centre is only an investor). As an independent body which makes its own decision, NIIF is driven by the prospects of returns on investments. So the quantum of investment shouldn’t be the sole criteria to judge its performance, that, too, in too short a time, he insists.

The NIIF was set up in December 2015 in a tax-efficient manner as a Category-II Alternate Investment Fund, which was eligible for a pass-through status under the Income Tax Act, to attract investors. But NIIF chief executive Bose was appointed in only June 2016 and the senior management of the fund was also put in place by early 2017.

Following the drop in oil prices in recent years (before the latest spike), sovereign wealth funds from Western Asia and even Russia, the potential candidates for investing in NIIF, had turned more cautious. This had delayed the entire process of investments by NIIF as well. However, now that the institution is up and running, after teething troubles, it will attract as well as make more investments without much delay, said the official.

Chart Of The Day: Has Oil’s Price Slide Finally Hit A Bottom?

Exxon, Chevron Look More Attractive After Q3 Earnings. So Do Their...