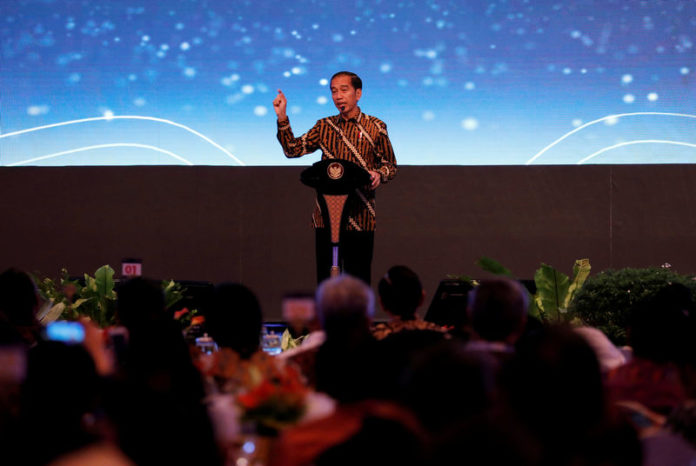 JAKARTA (Reuters) – Indonesian President Joko Widodo expressed pessimism on Tuesday that the United States and China will resolve their trade dispute when the leaders of the world’s two biggest economies meet at the G20 summit in Argentina at the end of this week.

“I’m hoping for a miracle during the G20 meeting, that they will come together, but my feeling is they won’t,” he said.

Indonesia had sought to mediate between the two during the APEC meeting, but by the afternoon it was clear that the two giants couldn’t agree, the president said.

“This is the first time in 29 years of APEC that an APEC meeting produced no communique,” Widodo told a forum in Jakarta attended by chief executives of Indonesian companies.

“APEC shows that the trade war between the U.S. and China will likely persist,” he said.

U.S. President Donald Trump said on Monday he expected to move ahead with raising tariffs on $200 billion in Chinese imports to 25 percent from the current 10 percent and repeated his threat to slap tariffs on all remaining imports from China.

In an interview with the Wall Street Journal ahead of his high-stakes meeting with the Chinese president, Trump said it was “highly unlikely” he would accept China’s request to hold off on the increase, due to take effect on Jan. 1.

Trump, who is due to meet Xi on the sidelines of the G20 summit in Buenos Aires, said that if negotiations were unsuccessful, he would also put tariffs on the rest of Chinese imports.

At the Jakarta forum, Widodo urged Indonesian CEOs to face such global headwinds by looking for export opportunities.

Indonesia, Southeast Asia’s largest economy and a G20 member, will likely not be one of the economies worst hit by the trade war due to its relatively small role in the global supply chain, according to analysts.

But its financial markets have suffered as investors cut their risk appetites this year, partly due to the brewing trade war.

Earlier this year, the rupiah