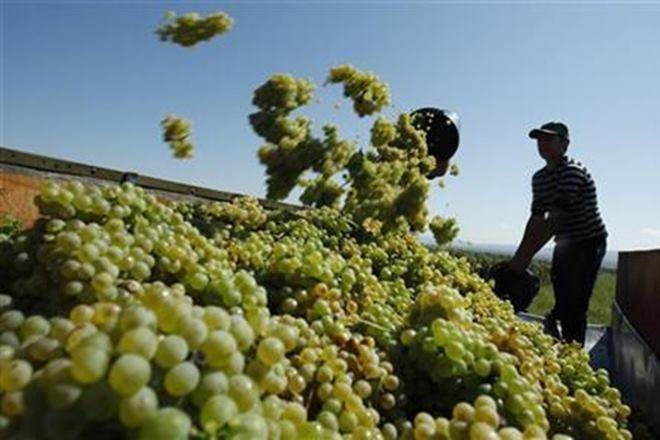 A group of Chinese importers is visiting India as part of New Delhi’s efforts to promote Indian grapes in China and tap the country’s huge market. Export of Indian grapes to China almost doubled from USD 3.5 million in 2016 to USD 6.7 million last year. However, this is just one per cent of total grapes imports in China of around USD 630 million and two per cent of India’s total exports of the fruit of USD 300 million, an Indian Embassy statement said on Tuesday.

In order to tap this huge market, Indian embassy in Beijing and its consulates in Guangzhou and Shanghai have taken up steps to promote Indian Grapes in China, which include organising a buyer-seller meet with support from the Agricultural and Processed Food Products Export Development Authority (APEDA), an agency under the Government of India’s Department of Commerce, in Mumbai. “Around 23 importers from China and over 100 Indian exporters participated in the Buyer Seller Meet which also laid an exhibition of products by the exporters,” the statement said.

The APEDA will also take the Chinese exporters to Nashik, also known as grapes capital of India, contributing almost half of India’s grapes export. The agriculture produce trade between India and China has witnessed a renewed focus with Chinese authorises clearing access to Indian Non-Basmati Rice in June and Rape seed meal in September, it said. Following the Wuhan summit between Prime Minister Narendra Modi and Chinese President Xi Jinping in April, India and China are exploring opportunities to step up Indian exports to China to address over USD 51 billion trade deficit.

Two Chinese teams will be visiting India next month for inspection of pomegranate and soya bean meals. It is expected that these two products will be cleared for imports from India to China by the Chinese authorities at the earliest, it said. India has also pitched for access to various other products like soya bean, okra, banana, sapota, papaya, maize, sorghum etc. The Indian embassy along with other government agencies have organised promotional events for various products like rice, sugar, oil meals, tea during the past few months which has helped in establishing contacts between Indian exporters and Chinese importers. Recently, during a bilateral meeting with China’s Vice Minister of MOFCOM Wang Shouwen, Commerce Secretary Anup Wadhawan emphasised that India can emerge as a major source for many of the agriculture products needs for China, the release said.

Natural Gas: Can $4 Pricing Be A Reality This Winter?

Analyst Corner: ‘Hold’ on UBI; valuation to remain under pressure

Aging could leave Europe with longer recessions: ECB By Reuters