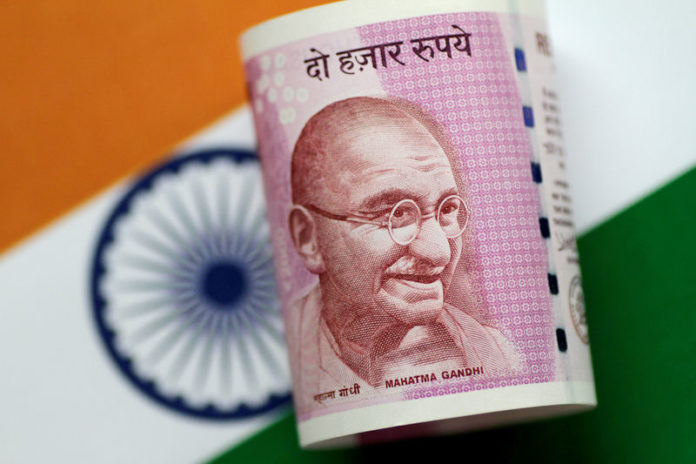 MUMBAI (Reuters) – India’s central bank is expected to raise rates for a third time since June on Friday to combat inflationary pressures as it grapples with a weakening rupee, surging oil prices and market instability sparked by a major non-bank finance firm’s defaults.

Anticipation of a rate hike has increased in the past month as oil prices climbed, the rupee’s slide accelerated and concerns on liquidity emerged.

A rate hike should make domestic yields on debt more attractive for foreign investors and contain inflationary pressures from high crude prices as India imports more than two-thirds of its oil needs.

The monetary policy committee will hike interest rates by 25 basis points to battle inflation risks from costly and the weak rupee as well as “provide assurance about durable liquidity,” predicted A. Prasanna, chief economist at ICICI Securities Primary Dealership.

“You cannot wish away the depreciation in the rupee if you are a current account deficit country,” he said, adding that another reason to hike is so India does not “fall behind the curve in terms of interest rate differential given that central banks globally are raising interest rates.”

While a majority of analysts expect a quarter-point raise, some analysts said they would not be surprised if there’s a 50 bps increase, given surging oil prices and the rupee’s battering.

The RBI is also expected to assure markets that adequate funds are available after investors panicked when a series of debt defaults by Infrastructure Leasing & Financial Services (IL&FS) led to redemption pressure at other companies in the shadow banking sector.

DBS economist Radhika Rao expects a rate hike, along with the RBI shifting its stance to “hawkish” from “neutral”.

“For bond markets, a 25 bps hike accompanied by a hawkish stance could trigger the 10-year bond yield to rise to 8.25 percent,” Rao told Reuters after yields surged on Thursday.

One underlying concern is that the RBI’s selling of dollars to stem the slide in the rupee has drained 1.5 trillion rupees from the banks since April.

Analysts ruled out chances of a cut in the central bank’s cash reserve ratio (CRR) on Friday.

To alleviate cash crunch fears, the RBI has unexpectedly outlined a large bond purchase program worth 340 billion rupees ($4.61 billion) for October on top of 200 billion rupees of purchases last month.

“The biggest policy anchor for rupee is high real rates. Raising the repo rate will increase the real interest rates and help in attracting fresh foreign inflows which will help in containing the rupee.”

Financial firms not getting basics right on cyber: UK watchdog By Reuters

Reappointment as MD: Apollo board to seek neutral view on Kanwar compensation

British PM May tries to sell her Brexit deal to ministers...