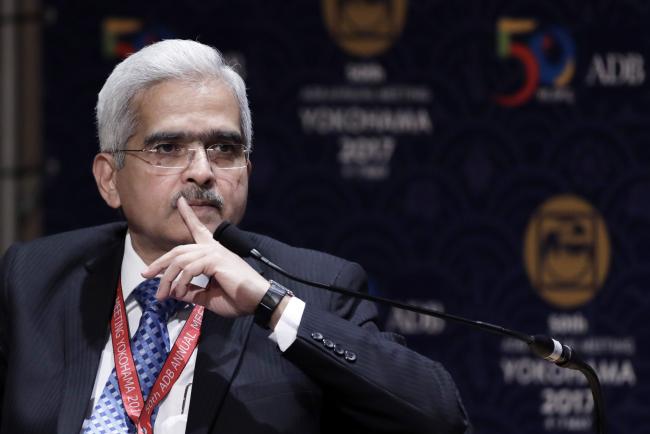 (Bloomberg) — India named former bureaucrat Shaktikanta Das at the helm of the nation’s central bank, after Urjit Patel resigned unexpectedly after clashing with the government over the institution’s autonomy.

Das, who often sought a cut in interest rates as the top bureaucrat in the finance ministry, was appointed for a three-year tenure, making him the 25th governor of the 83-year-old institution, a statement from the personnel ministry said Tuesday.

The new governor has choices to make: whether to let Prime Minister Narendra Modi’s government have a tighter supervision of its functioning and extract more capital from the central bank to meet budget deficit or defend the institution’s independence. His administration also wants the RBI to loosen curbs on some of the weakest banks to ensure lending continues and economic growth gets a boost.

A former economic affairs secretary from 2015 to 2017, Das worked closely with the central bank and oversaw the demonetization exercise in late 2016. He is currently a member of the Finance Commission of India, and the government’s representative at the Group of 20 summits.

Prime Minister Narendra Modi initially brought Das into the finance ministry to head the revenue department, later moving him to economic affairs, where he oversaw the controversial cash ban move.

Besides, the government wants liquidity taps to be opened for the crisis-ridden shadow banking sector, which has been making at least 3 out of 10 fresh loans in the past few years. The crisis in the sector threatens consumption, the bedrock to growth in Asia’s third largest economy.

(Updates with details on Das in third paragraph.)

MoSPI to anvil national-level data warehouse soon, to be one-point source of all official...

No relief for global fintech companies! RBI sticks to October 15 deadline for data...

PM-AASHA off to a slow start: MSP benefits to less than...