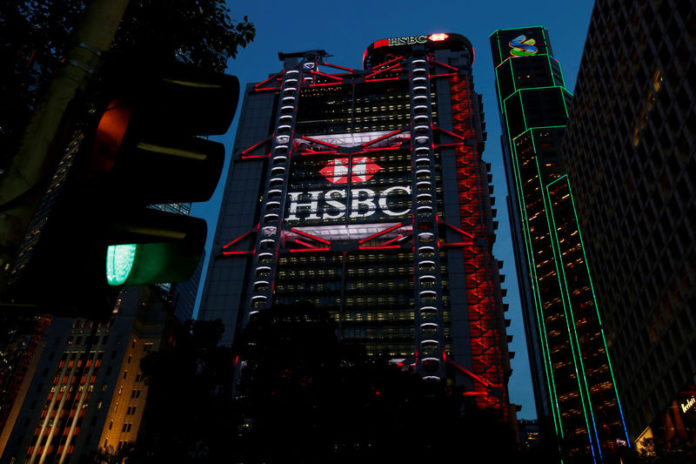 © Reuters. FILE PHOTO – The HSBC headquarters is seen at the financial Central district in Hong Kong

By Sumeet Chatterjee and Jennifer Hughes

HONG KONG (Reuters) – HSBC (L:) plans to quadruple the number of mainland Chinese companies covered by research from its China joint venture over the next two years as it seeks to take advantage of its headstart as the first international bank to have majority control of its mainland securities firm.

In addition to the 280 Chinese companies covered already by the bank, HSBC Qianhai has added more than 80 mainland-listed stocks since it opened, and plans to have expanded that to 400, according to Irene Ho, chief executive of HSBC Qianhai, in an interview with Reuters.

“We expect to get to 400 in two years – there or there abouts,” Ho said. HSBC is working to take advantage of what executives believe is a three-year headstart on international rivals because of its majority control, which it gained by virtue of rules favoring Hong Kong businesses.

Last Friday UBS (S:) became only the second bank to gain approval for 51 percent control under a broader relaxation of financial-sector ownership by Beijing.

The opening up of China’s financial sector promises huge opportunities for international players, until now mostly operating on the margins of mainland markets.

Analysts at UBS have forecast that foreign banks could quadruple their revenues from brokerage in China by 2025 if the trend of market opening continues. Last year, foreigners took 1.3 percent of the total fee pool, according to the UBS report, published in June.

Banks have been beefing up their research teams in recent years and market leaders such as Goldman Sachs (N:), Citigroup (N:), Morgan Stanley (N:), UBS, and Credit Suisse (S:), produce research on between 150 and 400 listed Chinese companies each.

Helping foreign banks this year has been the acceptance of mainland Chinese stocks and bonds into global benchmark indices, forcing index-tracking investors to invest onshore for the first time.

While index inclusion is only gradual and investor appetite this year has been dented by market falls – China’s blue-chip CSI Index () has fallen about 19 percent since Jan. 1 – executives are still confident in the longer-term opportunity.

“The key point here is they (investors) are all getting set up to trade China, and in a way it’s not a bad thing for us that it’s a difficult market because that gives them time to get set up, while we are developing our platform as well,” Gordon French, HSBC’s Asia-Pacific head of global banking and markets, told Reuters.

More than 180 people now work for HSBC Qianhai – it also has branches in Beijing and Shanghai – and the bank considers it a key part of its “pivot to Asia” strategy, announced in 2015.

HSBC is now preparing to apply for additional licenses for its Qianhai business that would allow it to offer structured financing, asset backed securities and other wealth management products, and also fixed-income trading – part of a push, French said, to bring HSBC’s full range of services to China.

“The reason we are doing this is because we want to build a platform of product and services which looks extremely similar to what we currently have in Hong Kong and London, meaning full service, universal banking,” he said.