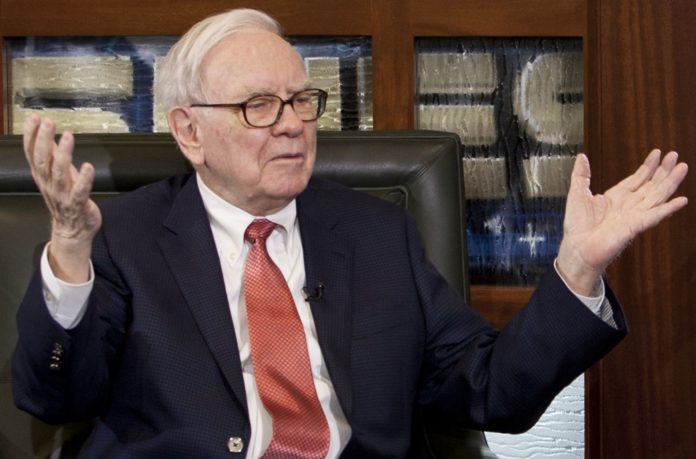 Legendary value investor Warren Buffett bet big on Apple Inc. (AAPL) this year, loading up on the stock even after it nearly tripled over five years. Initially, Buffett’s purchase for Berkshire Hathaway Inc.’s (BRK.A) stock portfolio seemed prescient as the iPhone maker continued to soar to new highs. Now, however, the drastic decline in Apple’s stock is dragging down Berkshire’s portfolio and threatens to inflict a loss on Buffett’s conglomerate in the coming quarter, per Barron’s.

Apple’s stock is Berkshire’s largest equity holding, and it’s down roughly 25% since the end of September, or about $15 billion. Bulls have cheered Apple’s burgeoning software and services business as well as higher average selling prices for its devices. But the company’s transition away from hardware hasn’t been enough to quiet concerns about weaker iPhone sales, which still account for nearly 60% of total revenues.

For his part, Buffett has been an unabashed bull on Apple and its leadership team, notably CEO Tim Cook. Buffett went as far as to say earlier this year that he would buy the entire company if he could, per CNBC.

While Berkshire’s core operating businesses – including insurance, railroads, and manufacturing – are expected to post strong profits in the current quarter, a major drop in the equity portfolio could offset that. Berkshire’s five largest equity holdings could post an after-tax decline of $14 billion on their $18 billion fall in market value, estimates Barron’s. New changes in accounting rules starting 2018 require Berkshire to reflect changes in the value of its equity portfolio by which unrealized gains and losses flow through earnings.

Looking Ahead At Berkshire

While Apple’s plunge is startling to many investors, Buffett is known or investing for the longterm, meaning that we may not know if he has succeeded until about five to ten years out. Investors need only recall his investments during times of giant market sell-offs, including his decision to buy Goldman Sachs (GS) and other banks’ shares, during the 2008 financial crisis. Over the past decade, those financial stocks have soared.

What Minimum-Wage Foes Got Wrong About Seattle By Bloomberg

2 years of demonetisation: Whopping 60% Indians say black money is back to full...