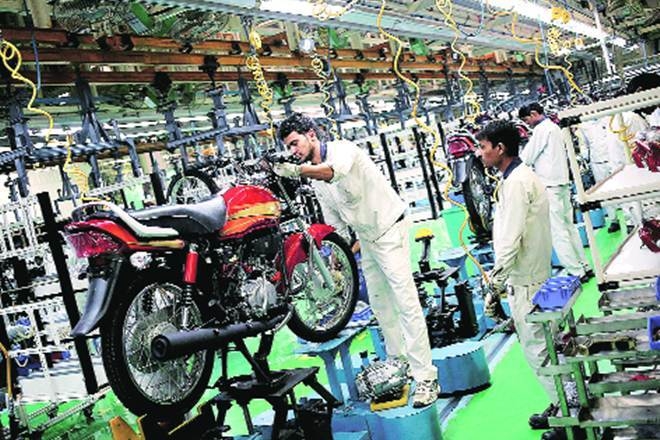 Weak operational performance saw the country’s largest two-wheeler manufacturer Hero MotoCorp register a 3.4% year-on-year decline in its net profit at Rs 976.28 crore during the July-September quarter, but it was ahead of Bloomberg consensus estimates which had pegged the profit at Rs 941 crore. However, revenue from operations grew 8.6% to Rs 9,090.94 crore — again ahead of estimates — on the back of volume growth. The company sold 21.34 lakh units in the September quarter, 5.5% higher over the 20.23 lakh units sold a year ago.

Operational numbers were down for the quarter due to higher depreciation cost, up 11.6% y-o-y, other expenses, up 18.7% and raw material cost, up 13.6%. Ebitda (earnings before interest, tax, depreciation and amortisation) fell by 5.3% to Rs 1,378.7 crore — below estimates — and margin contracted by 222 basis points to 15.2% y-o-y due to higher commodity cost.

“Hero MotoCorp, backed by sustained demand for its popular range of motorcycles and scooters, continued its sales growth in Q2FY19 compared to the corresponding quarter in the previous fiscal,” Pawan Munjal, chairman and managing director, said. He further added that Hero expects to carry the momentum forward during the rest of the year, and navigate through the cost challenges to deliver profitable and sustained growth.

According to analysts at Jefferies, after four quarters of double-digit volume growth, Q2 has been relatively weak for Hero due to gross margin pressures, weaker operating leverage and expiry of tax benefits at its Haridwar plant.

Hero’s market share in the motorcycle segment at the end of the September quarter stood at 50%, down 120 bps sequentially.