Home Finance Here’s why China’s exports to the US have held up in the... 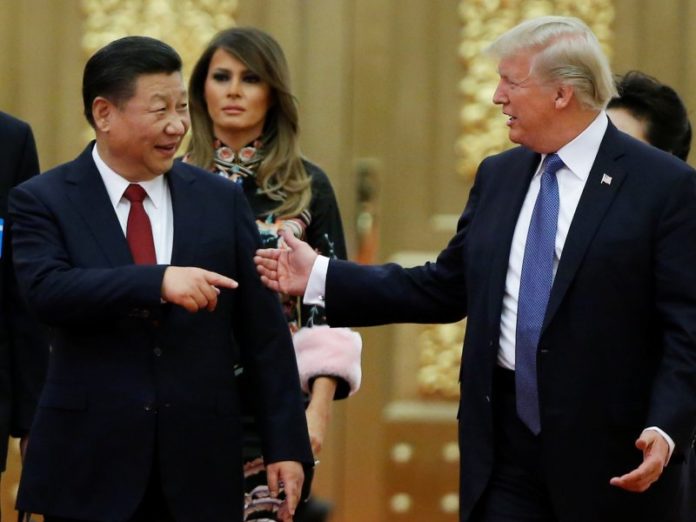 Washington and Beijing have placed tariffs on hundreds of billions of dollars worth of each other’s products, leading certain imports to an expected slowdown on each side. But even as China loses share in markets targeted by tariffs, its trade surplus with the US has remained at record highs.

US import growth of Chinese products included in the first round of tariffs dropped from 8.6% to -22.1% year-over-year in October, for example, according to UBS economist Li Zeng. While growth has held up relatively better for imports targeted in later tranches, it has still declined.

Likewise, American businesses have warned they could lose market share in China’s market. Farmers, for example, have lost out to other countries in the face of retaliatory duties on agriculture products.

But the US has imported other products from China at an accelerated pace in recent months. The goods trade deficit with Beijing hit an all-time high of $43.1 billion in November, with Chinese shipments to the US up by nearly a tenth from a year earlier.

“The Trump administration is learning you can’t tariff your way out of a trade deficit,” said Adam Ozimek, an economist at Moody’s. “So, if you decrease some imports with tariffs it will be made up by greater imports in other goods and services or fewer exports. There are no surprises here.”

Trade balances are determined by an assortment of factors, including foreign exchange rates, the strength of an economy, and how much a country borrows from abroad. There are countries with low tariff rates and significant trade surpluses, Ozimek noted.

The decline in imports subject to tariffs could also be due to a slowdown in frontloading, or companies rushing orders to avoid duties. There had been an added level of uncertainty when the first round of tariffs was levied because Americans weren’t sure if Trump would follow through, said Mary Lovely, a professor at Syracuse University and expert on trade at the Peterson Institute for International Economics.

“Americans were on notice for later rounds of tariffs, though, and they did increase imports ahead of the tariff,” she said. “This anticipation effect can be seen in the UBS charts. Recent declines in imports may reflect a letdown after this anticipatory stock up.”