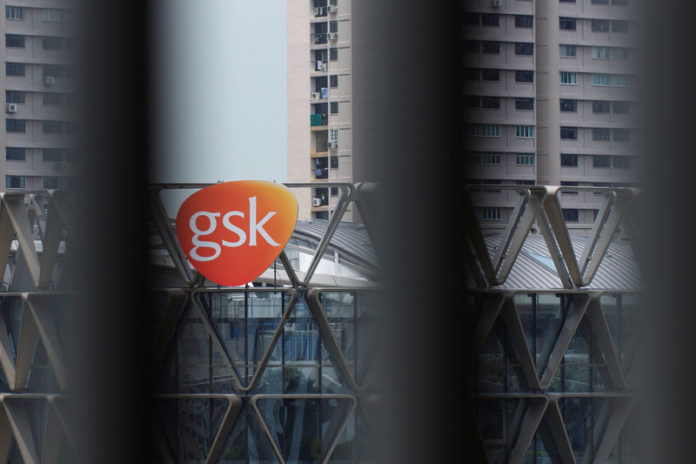 © Reuters. The GSK logo on the facade of GSK Asia House is seen through vertical louvres in Singapore

LONDON (Reuters) – GlaxoSmithKline (L:) has agreed to buy U.S. cancer drug specialist Tesaro (O:) for $5.1 billion, marking a major biotech investment by the drugmaker as its seeks to rebuild its pharmaceuticals portfolio.

Britain’s biggest drugmaker is paying $75 a share for the business, an 110 percent premium to the 30-day average price. News of the lofty valuation sent GSK shares down 4 percent on Monday.

Chief Executive Emma Walmsley has made replenishing GSK’s medicines cabinet her top priority and the company signaled its intention to make more acquisitions in April, when it hired a key deal-maker from Roche’s (S:) Genentech unit.

GSK has lagged behind rivals in recent years in producing multibillion-dollar blockbusters and it largely sat out a spate of deal-making by rival drugmakers under previous CEO Andrew Witty.

GSK said buying Tesaro would weigh on adjusted earnings for the first two years by mid to high single digit percentage rates, but the acquisition should be accretive by 2022.

Zejula’s revenues in its current approved indication as second-line maintenance treatment for ovarian cancer were $166 million in the nine months to September.

From Apple to Coke, global brands are having a tougher time in China

Sterling and euro rise on Brexit hopes, dollar slips on profit-taking By Reuters

no reason to expect Italy to lose market access By Reuters