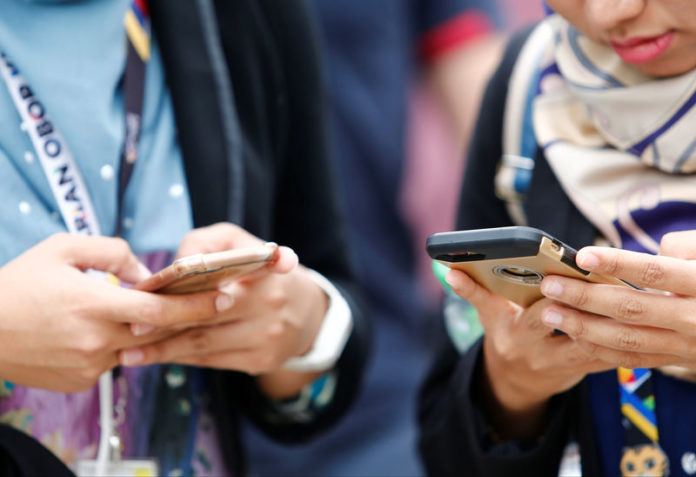 © Reuters. People use their mobile phones at a university in Semenyih

SINGAPORE (Reuters) – Southeast Asia’s internet economy is expected to exceed $240 billion by 2025, a joint study by Google and Temasek Holdings showed, a fifth more than previously estimated, as more consumers use their smartphones to go online.

The study, first published in 2016, encompasses ride-hailing, e-commerce, online travel and online media. The latest report released on Monday adds new sectors such as online food delivery, as well as subscription music and video on demand.

It estimated that the gross merchandise value (GMV) of the region’s internet economy has reached $72 billion in 2018, rising 37 percent from the year earlier.

The GMV of e-commerce in the region will exceed $23 billion in 2018, the report said, and rise more than four times to exceed $100 billion by 2025, helped by increased consumer trust.

The report estimated that the GMV of the competitive ride hailing sector, with the addition of online food delivery, has reached $7.7 billion in 2018.

“Powered by the ambitions of Go-Jek and Grab to become Southeast Asia’s ‘everyday apps’, we project that ride hailing will reach almost $30 billion by 2025,” the Google-Temasek study said.

The Indonesian internet economy is forecast to grow to $100 billion by 2025, accounting for $4 of every $10 spent in the region, the report said.

It added that 2018 was on track to be a record year for fundraising for the region’s internet economy companies, with $9.1 billion raised in the first half of the year, nearly as much as in all of 2017.

The growth is being boosted by the world’s most engaged internet users, of whom more than 90 percent connect to the web through their smartphones, it said.

The report said the increasing availability of affordable smartphones and the rollout of faster and more reliable mobile telecommunication services were supporting Southeast Asia’s growing internet user base.

What is the grand Brexit finale? By Reuters

Colombia stocks lower at close of trade; COLCAP down 0.47% By Investing.com

Developers in the Desert: Google’s Oasis for Startups in Dubai

One big reason Americans are broke and overweight