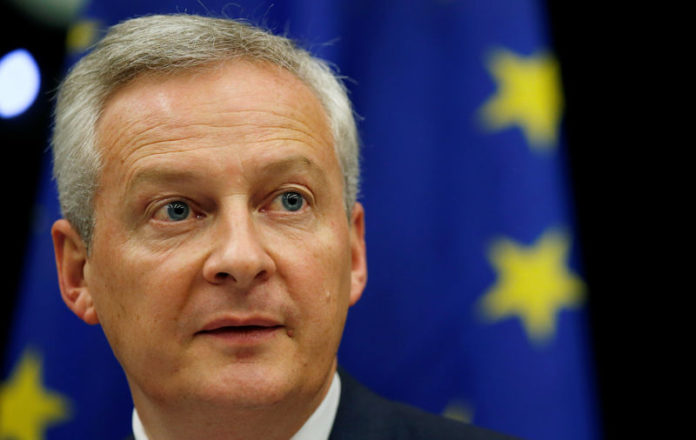 © Reuters. French Finance Minister Le Maire speaks on tax issues at a joint hearing with lawmakers of the economic affairs committee at the European Parliament in Strasbourg

“We can’t imagine for a second that Germany does not stick to its commitments and decides not to adopt the directive in December,” Le Maire said in an interview with Les Echos website.

“That would be a breakdown of trust between France and Germany,” Le Maire added.

Le Maire, who has long been the main supporter of the tax, wants to secure a deal on a 3 percent level on the digital revenues of large firms, at the next meeting of EU finance ministers in December.