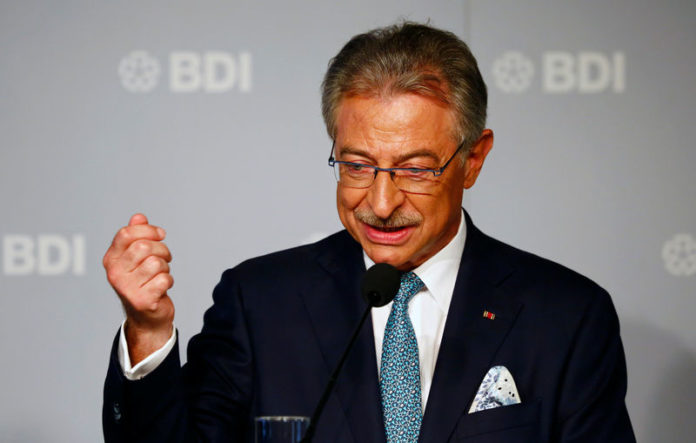 The German economy, Europe’s largest, is expected to post its weakest growth rate in many years in 2018 as exporters are facing headwinds from abroad. But vibrant domestic demand means many companies are still able to expand business.

In a survey conducted by Reuters, the heads of Germany’s leading industry associations said they did not see the economy entering a recession and that most forecasts were predicting a solid growth rate of around 1.5 percent for 2019.

But the industry associations said the economic woes of company executives were increasing and the government should do more to help them, for example by lowering corporate taxes and investing more in digital infrastructure.

“The biggest risk in the short term is Brexit,” said Dieter Kempf, president of the BDI industry association.

If Britain left the EU in March without any agreement on its future relations with the bloc, this would create massive uncertainties for trade and business, Kempf warned.

“The British economy would face the direct threat of a recession which would indirectly also affect Germany,” Kempf said.

Holger Bingmann, head of the BGA trade group, said Brexit was the “most urgent problem for the German economy” while an escalation of international trade disputes sparked by the United States could potentially derail the economic upswing.

It was vital that both sides increased their efforts to find a solution to the trade dispute through negotiations that ideally would lead to lower tariffs, Schweitzer said.

The German economy likely grew by around 1.5 percent this year, compared with 2.2 percent in 2017.

Europe should be afraid of Huawei, EU tech official says

One Of America’s Oldest Coal Companies Just Filed For Bankruptcy