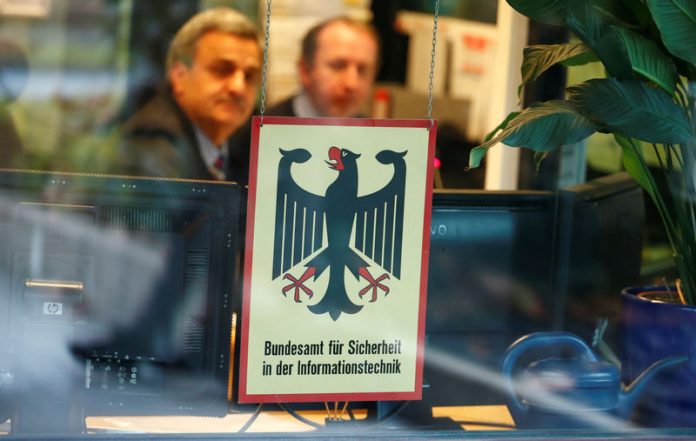 By Paul Carrel and Holger Hansen

BERLIN (Reuters) – Germany’s BSI cyber defense agency on Saturday defended its role in responding to a far-reaching data breach, saying it could not have connected individual cases it was aware of last year until the entire data release became public.

The government said on Friday that personal data and documents from hundreds of German politicians and public figures including Chancellor Angela Merkel had been published online, in what appeared to be one of Germany’s biggest data breaches.

The incident has shocked the establishment and prompted calls for security agencies to clarify whether any security deficiencies they were aware of had been exploited, and if they could have acted sooner to head off the breach.

The BSI said in a statement that it was contacted by a lawmaker in early December about suspicious activity on their private email and social media accounts.

“Only by becoming aware of the release of the data sets via the Twitter account ‘G0d’ on Jan. 3, 2019, could the BSI in a further analysis on Jan. 4, 2019 connect this case and four other cases that the BSI became aware of during 2018,” it said.

“At the beginning of December 2018, it was not foreseeable that there would be more cases.”

The BSI said on Friday all but one of the seven parties in the lower house had been affected. German media said that party was the right-wing Alternative for Germany (AfD).

Security officials have blamed most previous breaches of data security on a Russian hacking group, while the Kremlin has consistently denied involvement in such incidents.

“We are examining the extent to which stricter legal provisions are useful and necessary here,” she told weekly newspaper Welt am Sonntag, according to a pre-released article.

Authorities were investigating all possibilities, including espionage, one government source said on Friday, adding that it was unlikely any single person could have compiled the massive amounts of data that had been released.

The BSI said investigations so far had showed the data breaches predominantly concerned private and personal accounts, but that it is responsible for the operational protection of government networks.

In your 40s with no retirement savings? Make these your next moves