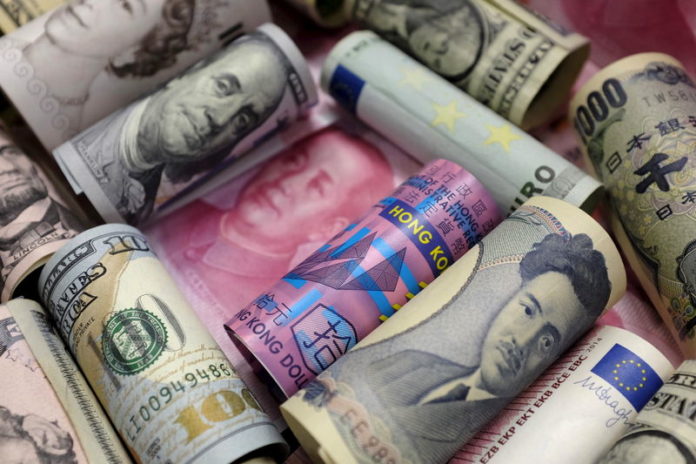 By Gertrude Chavez-Dreyfuss and Richard Leong

But in the bond market, investors don’t see the midterm election as a major catalyst for moves in interest rates.

Hedging activity increased in October in the yen, Australian and New Zealand dollars versus the greenback for maturities as far out as one year, strategists said.

Control of the U.S. Congress is at stake in the Nov. 6 election. Polls suggest the most likely outcome will be Democrats winning control of the House of Representatives with Republicans retaining the Senate.

A divided Congress could mean government gridlock, and this prospect has spawned some complacency in the bond market. Investors believe this outcome would not change the underlying upward trajectory of U.S. economic growth nor the pace of interest rate increases by the Federal Reserve, analysts said.

It’s a different story, however, for the currency market where investors are pricing in election-related risks.

“There has been a rise in hedging activity across all tenors for dollar/yen in October from the previous month that may be related to the U.S. midterm elections,” said Alice Leng, quantitative strategist at Bank of America Merrill Lynch (NYSE:) in New York.

“The sharpest rise in volume is between six months to one-year. So the market right now is looking at longer-term risks,” she added.

To be sure, there are other factors contributing to a rise in hedging such as the escalating trade conflict between the United States and China. Investors use options to protect positions or simply bet on event risk within certain periods of time.

The implied volatility or “vol” used by banks to price one-month options on dollar/yen rose as high as 6.8

Barclays (LON:) in a research note echoed Leng’s views on currency option activity but highlighted that the event risk premium was smaller than during the 2016 presidential elections.

Expected bond volatility one month from now, meanwhile, is at the lower end of its trading range for the year. It spiked earlier this month amid a bond market rout that propelled the benchmark

A measure of one-month U.S. bond volatility compiled by Bank of America Merrill Lynch was 52.635 on Thursday, up from Wednesday but below a four-month peak on Oct. 11 ().

Mark McCormick (NYSE:), head of North American FX strategy at TD Securities in Toronto, said there is a bit of “a skew to the downside in the dollar” ahead of the elections.

“A divided Congress could see the market start to question how much longer U.S. assets can outperform the rest of the world,” McCormick said.

He cited the rising correlation between the strength in the dollar and the outperformance of U.S. equities the last few months, which he said could be highly sensitive to the U.S. midterms.

“Market participants are engaging in longer-term hedging activity, in case the election outcome has an impact on the broader market or the broader economy,” she added.

With Crude Hovering Around $55, 3 Shale Oil Stocks Are Worth Considering

Where Will Facebook’s Revenue Growth Come From?

China premier says Sino-U.S. ties can get back on normal track...