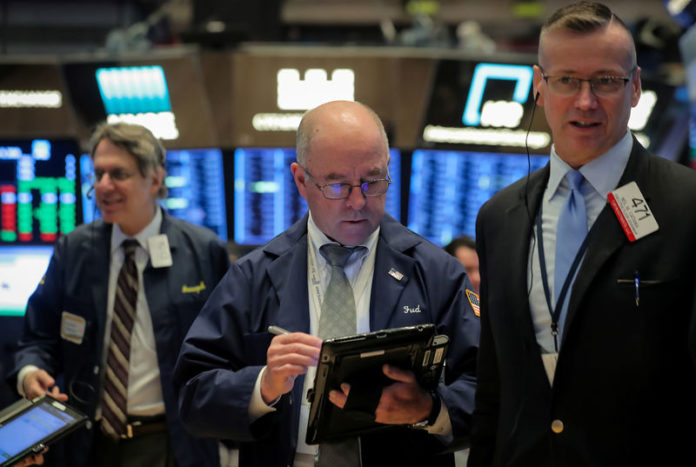 (Reuters) – U.S. stock index futures fell on Friday, as a batch of weak Chinese data raised concerns about global growth a day after the Federal Reserve hinted at gradual tightening of borrowing costs.

This gave investors a reason to keep away from risky assets, with worries about rising interest rates and the effects of the U.S.-China trade war taking the shine off a decade-long bull run for U.S. stocks this year.

The S&P energy sector (), which is down 4.85 percent this year and is lagging the broader S&P 500 index (), could come under more pressure as U.S. crude price () continues to lose ground.

It has fallen more than 20 percent from its Oct.3 high, confirming a bear market as investors focused on swelling global crude supply.

“Worries about trade war and how the slowdown in China will impact the rest of the world mean stocks appear to be more risky, so there’s a typical risk-off move in markets today,” said DZ Bank rates strategist Pascal Segesser.

Despite the worries, the main U.S. stock indexes are on track to post strong weekly gains as the midterm elections on Tuesday offered relief to investors, with the results coming in largely as anticipated.

The Fed, as expected, left interest rates unchanged following a two-day meeting on Thursday. Their policy statement signaled more rate hikes on the way with the next one expected in December, their fourth this year.

Some traders had speculated the Fed may tone down its rhetoric to calm financial markets that were roiled in October, partly on worries about rising interest rates.

Among the few bright spots, Walt Disney Co (N:), a member of the , rose 1.6 percent after the media company reported better-than-expected results as its theme parks and Marvel movie “Ant-Man and the Wasp” attracted crowd.

Urjit Patel could resign as RBI governor on November 19: Report

U.S. recession unlikely before 2020, and then ‘wok’ shaped By Reuters

Canada stocks lower at close of trade; S&P/TSX Composite down 0.40% By Investing.com

Portugal stocks lower at close of trade; PSI 20 down 0.38% By Investing.com

Qualcomm Reports Above Its ‘Reversion to the Mean’

Italy has ‘one thousand’ ways to improve budget: government official By...