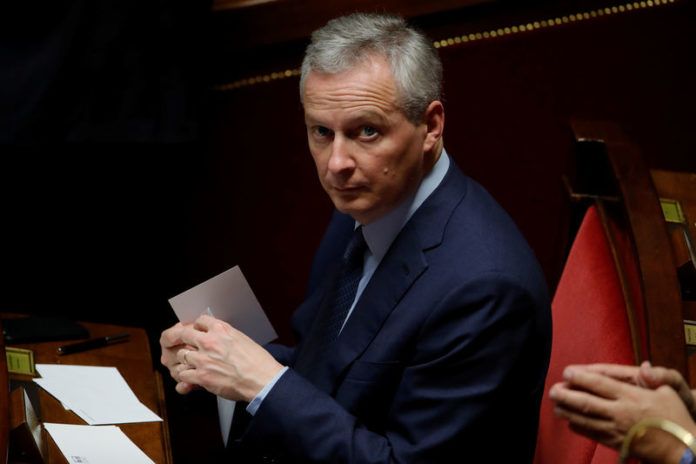 © Reuters. French Finance Minister Bruno Le Maire attends the questions to the government session at the National Assembly in Paris

“I think there is a widening consensus about the necessity of having that euro zone budget,” Le Maire said as he arrived for a meeting with his euro zone counterparts in Brussels.

France and Germany made a joint proposal last month for a joint budget that would to finance economic convergence among euro zone countries and possibly for stabilizing their economies when facing shocks not due to bad policies.

The minister also said that he and his German counterpart Olaf Scholz were trying to overcome differences over a proposed EU tax on Internet giants, paving the way for agreement among European Union countries.