Home Tech Foxconn not in settlement talks with Qualcomm in Apple battle: attorney By... 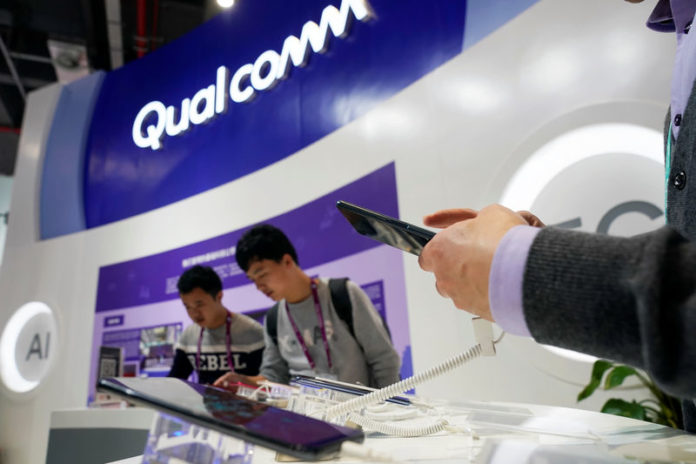 © Reuters. FILE PHOTO: A Qualcomm sign is seen during the China International Import Expo (CIIE), at the National Exhibition and Convention Center in Shanghai

SAN FRANCISCO (Reuters) – The lead attorney for the group of Apple Inc (NASDAQ:) device assemblers seeking at least $9 billion in damages from Qualcomm (NASDAQ:) Inc said on Sunday the contract manufacturers are not in settlement talks with the mobile chip supplier and are “gearing up and heading toward the trial” in April.

The conflict is but one aspect of the global legal battle between regulators, Apple and Qualcomm, which supplies modem chips that help phones connect to wireless data networks.

Last week, Qualcomm secured a preliminary victory in a patent lawsuit in China that forced Apple to change its software for iPhones in that country or else face a ban on selling phones there.

But Qualcomm was also handed another setback in an antitrust lawsuit brought against it by the U.S. Federal Trade Commission when a judge said it will not be able to mention that Apple ditched Qualcomm chips for competing ones from Intel Corp (NASDAQ:) when the case goes to trial next month.

In the supply chain for electronics, it is the contract manufacturers who buy Qualcomm’s chips and pay royalties when they build phones, and they are in turn reimbursed by companies like Apple. Qualcomm sued the group last year, alleging they had stopped paying royalties related to Apple products, and Apple joined their defense.

The contract manufacturers have since filed claims of their own against Qualcomm, alleging the San Diego company’s practice of charging money for chips but then also asking for a cut of the adjusted selling price of a mobile phone as a patent royalty payment constitutes an anticompetitive business practice. The manufacturers are seeking $9 billion in damages from Qualcomm for royalties they allege were illegal. That figure could triple if the manufacturers succeed on their antitrust claims.

“To the extent Qualcomm has indicated there have been licensing discussions with the contract manufacturers, they’ve basically made the same sort of unreasonable demands that got them to where they are right now, which impose significant preconditions to even discuss a new arrangement,” Boutrous told Reuters on Sunday.

In July, Qualcomm’s chief executive, Steve Mollenkopf, told investors on the company’s quarterly earnings call that Qualcomm and Apple itself were in talks to resolve the litigation. Last month, a source familiar with Apple’s legal strategy told Reuters there were “absolutely no meaningful discussion taking place between us and Qualcomm, and there is no settlement in sight.”

China stocks lower at close of trade; Shanghai Composite down 2.18% By Investing.com

Quarles says it’s better for Fed to keep on path of rate hikes than...

No Deal for ITV as it walks away from Deal or...

Ryanair warns of turbulence to come if strikes continue