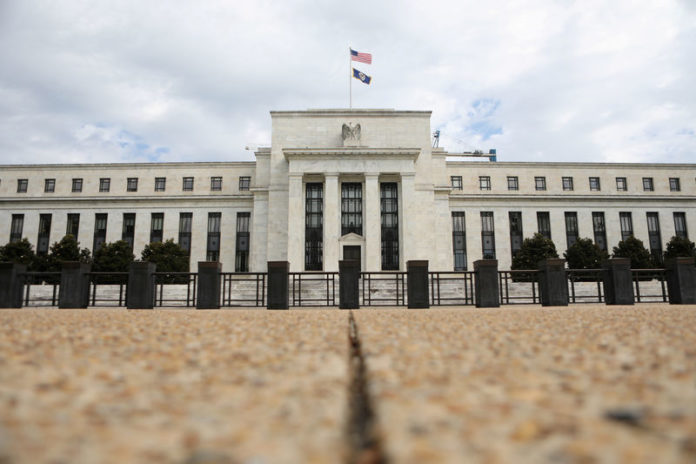 In remarks to the Economic Club of Memphis, Bullard pointed to a possible next chapter in the central bank’s discussion: What to do if, as expected, the growth rush from recent tax cuts, increased government spending and other positive economic trends begins to fade.

The Fed currently expects to continue raising rates until its benchmark overnight lending rate is around 3.40 percent in 2020.

As opposed to a mild brake on the economy, Bullard argued that rates that high “would be moving quite a ways into restrictive territory… That is where the crux of the debate will be,” as policymakers spar over how aggressively to hold back growth if unemployment remains historically low.

Many economists view current growth of around 3 percent and unemployment of 3.7 percent, which is near a 50-year low, as unsustainable and likely to lead to higher inflation. The continued “gradual” rate increases are regarded as insurance against that possibility.

But Bullard has taken a different tack, arguing that the Fed rate hikes of the past roughly two years have only been possible because the economy outperformed the central bank’s outlook.

“The economy keeps surprising to the upside … It has rationalized the (Fed’s) path,” Bullard said.

Like other Fed officials, he said he sees no reason to believe the underlying trend growth has risen beyond the range of 1.7 percent to 2.1 percent that policymakers estimate as the economy’s current potential.

As a result, Bullard said the federal funds rate should stay where it is currently, at a range of between 2.00 percent and 2.25 percent, until something clearly changes for better or worse. Along with low unemployment, inflation is roughly at the Fed’s 2 percent target.

Further rate increases “would be taking somewhat more recession risk than otherwise” unless the economy continues to outperform, he said.

The possibility of a recession in the next year or two has become a focus of debate as the current U.S. recovery nears the one-decade mark.

Bullard also feels the Fed should not “pencil in” rate increases far into the future because of the uncertainty around forecasts, and the confusion that can cause among investors and households.

Bullard is not currently on the Fed’s rate-setting committee but will join it in 2019.

Policymakers expect to raise rates again in December, and several times next year before the fed funds rate tops out at 3.40 percent in 2020, a level officials characterize as at least mildly restrictive, according to the most recent set of Fed economic projections.

Erin Brockovich tells us her powerful secret to success