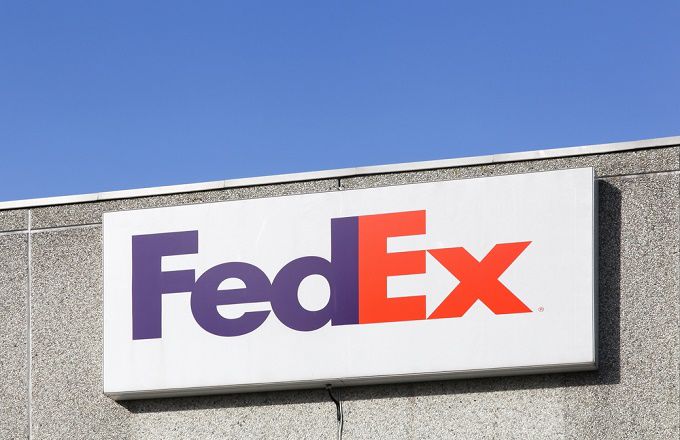 FedEx Corporation (FDX) stock has dropped like a rock in December, falling nearly 50 points and 20% in just six sessions. The Amazon.com, Inc. (AMZN) juggernaut is to blame once again, with analysts taking down 2019 estimates in reaction to the launch of the Prime Air delivery service. A broad retreat in transports has added to selling pressure, with a shareholder exodus dropping the Dow Jones Transportation Average to a 52-week low.

The stock may struggle to find committed buyers after the Dec. 18 earnings report because bearish macro themes are at work, lowering the impact of company balance sheets. In addition, the delivery giant has dropped nearly 25% year to date and is trading more than 30% under January’s all-time high, predicting that many bagholders will take advantage of tax laws and sell the stock prior to year end.

The company is expected to report earnings per share of $3.95 on $17.7 billion in second quarter revenue after beating on revenue but missing profit estimates by a wide margin in September. The stock gapped down on heavy volume following that report and never looked back, carving two selling waves in the past three months. Given this bearish price structure, a basket of positive catalysts will be needed for oversold technicals to kick in and lift the stock back above $200.

The stock ended a 16-year uptrend at $120 in 2006 and failed a 2007 breakout attempt, filling out a topping pattern that broke to the downside in 2008. Support levels from 2002 in the low $30s held through the economic collapse, setting the stage for a V-shaped recovery wave that stalled in the upper $90s in 2010. It took three years to mount that resistance level and another few months to clear 2006 resistance, generating a strong uptrend that topped out above $180 in 2015.

The subsequent correction found support below the 50-month exponential moving average (EMA) in 2016, establishing a trading floor above $130 ahead of a breakout following the presidential election. The stock stair-stepped higher into January 2018, posting impressive gains before reversing near $275 and entering a decline that has now carved four selling waves and a series of volatile lower highs and lower lows. A bounce is long overdue after the most recent nose dive, but the broken pattern predicts hard times for bulls into the foreseeable future.

The monthly stochastics oscillator hasn’t crossed into an oversold technical reading since 2009, instead reversing three times just above the signal line. It has now dropped into that vicinity once again, indicating that it will take less good news to trigger a bullish crossover. However, selling pressure has just broken a year-long declining channel (black lines), establishing heavy resistance that is likely to deny efforts to lift the stock back above $200.

The correction has also violated the 50% retracement of the two-year uptrend, which has narrowly aligned with the 50-month EMA. This breakdown has set off a wave of sell signals that will take substantial buying power to overcome. Fortunately for remaining bulls, price action on monthly price bars isn’t confirmed until the new month begins, so buyers still have two weeks or so for a Santa Claus rally to kick in and lift FedEx shares back above broken support.

Major reversals began just below the 50-month EMA in 2010, 2011, 2013 and 2016. All these occurrences, with the exception of 2013, required several months to complete bullish turnarounds. These analogs tell us not to expect much upside until well into 2019, even if the stock has already printed the lowest low of 2018. As a result, it’s tough to recommend taking long exposure into or after earnings, especially with year-end tax-selling season on the horizon.

A FedEx bounce is overdue after a crushing December decline, but next week’s earnings report isn’t likely to overcome headwinds generated by anxiety about an economic slowdown and Amazon’s entry into the air delivery business.

Disclosure: The author held no positions in the aforementioned securities at the time of publication.

Fed buys no mortgage bonds, sells none By Reuters