Home Economy Fed retunes message for 2019, opening door to ‘slow down’ By Reuters 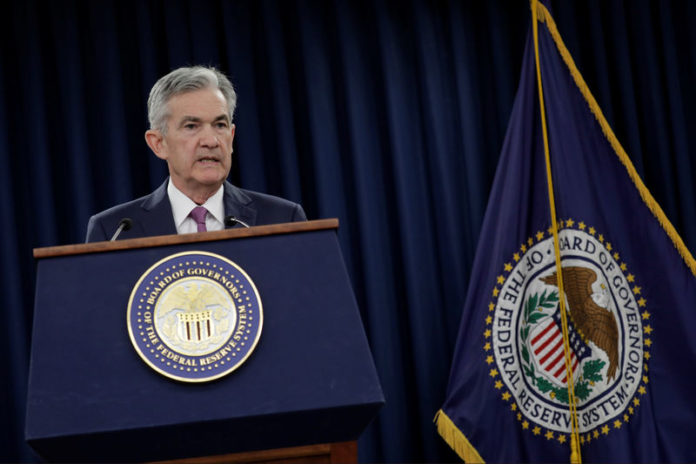 By Ann Saphir and Howard Schneider

SAN FRANCISCO/WASHINGTON (Reuters) – With the Federal Reserve expected next month to raise rates to what some U.S. central bankers believe is at or near a neutral level, Chairman Jerome Powell is retuning his message to signal a more cautious approach on further rate hikes next year.

It is not clear whether the idea of perhaps nudging rates above neutral, as he had earlier suggested, is still on the table, or if it means he expects fewer rate hikes, or even a pause.

But minutes from the Fed’s Nov. 7-8 policy-setting meeting, released on Thursday, as well as remarks over the last two weeks, point to a reassessment of the Fed’s longstanding promise of “further gradual rate increases” that would extend two years of nearly uninterrupted quarterly tightening.

“Many participants indicated that it might be appropriate at some upcoming meetings to begin to transition to statement language that placed greater emphasis on the evaluation of incoming data in assessing the economic and policy outlook,” the minutes said.

The transition comes as the Fed’s target policy rate, left at 2 percent to 2.25 percent in November, grinds closer to the 2.5 percent to 3.5 percent range of Fed officials’ views of where a rate that neither boosts nor cools a healthy economy lies.

Back in August, Powell had rejected a too rigid reliance on an abstract guidepost like the neutral rate to shape policy, saying it could lead to costly mistakes. Yet he has kept talking about it. (Graphic: https://tmsnrt.rs/2RnpbfB)

His renewed focus on the “neutral” level of interest rates as a potential turning point for policy that until now has been on a steady tightening path is echoed by the minutes.

Ironically, it was a reference to that guidepost that led to what in retrospect looks like a communication stumble, when stocks tumbled in early October after Powell’s remark that interest rates were a “long way” from neutral and might even need to rise above that level.

Market reaction reflected investors’ fears the Fed might end up making the kind of mistake Powell talked about – tightening policy too much because of a false read on where neutral is, at a time when clouds had begun to form on the economic horizon.

There are many reasons why Powell would pick now to begin shifting his footing. Since a September news conference when he painted a rosy picture of where things stood, some economic indicators have softened; others, such as wage growth, have firmed, leaving the Fed for the first time in a long time pulled in different directions.

Then there is President Donald Trump, who has berated him for raising rates. And Powell’s own communications plans to end each meeting with a news conference starting next year mean he needs a clear message for each meeting, starting next month.

At the Dec. 18-19 meeting, expected to bring the Fed’s target rate to between 2.25 percent and 2.5 percent, Fed officials will clarify where things stand when they will update their projections on expected rate increases for 2019. Currently they foresee three quarter point hikes.

FEELING IN THE DARK

In remarks delivered two weeks ago on a late evening in Dallas, Powell refined his summertime message, explaining that just as someone in a room where the lights suddenly go out must “slow down” to avoid running into furniture, the Fed must do the same when nearing neutral to avoid missing signals from economic data.

On Wednesday addressing a conference in New York, Powell amplified that message, saying that rates are “just below” the Fed’s range of estimates for neutral. In a sign of possible coordination or at least agreement among influential policymakers, his phrasing was the same as used by the Fed’s No. 2, Richard Clarida, just a day earlier.

“The markets really got a head fake in October, (but on Wednesday) he strongly walked back those expectations,” said Scott Anderson, chief economist at Bank of the West.

Wednesday’s remarks sent stocks soaring and moved at least one analyst, Gregory Daco at Oxford Economics, to expect two instead of three rate hikes next year, as the Fed steers the economy toward a “soft landing” where it could keep growing at a slower clip without stoking inflation.

After the release of the Fed’s meeting minutes, traders of interest-rate futures stuck to their bets that the Fed would slow rate hikes next year, to just one.

Part of Powell’s caution reflects inherent uncertainty over how the economy responds to interest rate increases. Speaking on Wednesday, Powell said the effects of Fed policy decisions “may take a year or more to be fully realized.”

Tim Duy, an economics professor at the University of Oregon who follows the Fed closely, said it was a sign the Fed was ready to wait to see how past hikes will play out.

“To me, this implies a willingness to be more patient in the lower end of the range of neutral,” he told Reuters.

Karim Basta, chief economist at III Capital Management, said recent market volatility showed toning down the neutral rate debate was the way forward. “It’s ironic that a concept, the neutral rate, in which the Fed has such little confidence, has swung markets so dramatically in the past two months,” Basta said. “The Fed may be well served to steer the focus away from the concept of the neutral rate and toward the underlying economy itself.”

Going green: Now, ‘organic’ bendable smartphone that will be biodegradable

Difficult to know cause of equity selloff By Reuters