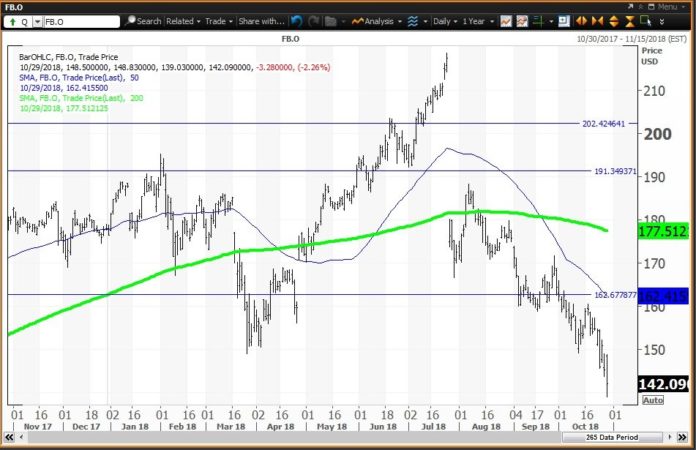 Social media giant Facebook, Inc. (FB) began 2018 with a bear market correction from an all-time high of $195.32 set on Feb. 1 to a low of $149.02 set on March 26. This weakness proved to be a buying opportunity beginning a bull market run of 46.7% to the current all-time high of $218.62 set on July 25. A positive reaction to earnings on April 26 provided an early catalyst. It was a negative reaction to earnings released on July 25 that provided the negative catalyst still faced today.

Facebook stock closed Monday, Oct. 29, at $142.09, down 19.5% year to date and in bear market territory at 35% below the all-time high of $218.62 set on July 25. Facebook set its 2018 low of $139.03 on Oct. 29. The company reports third quarter results after the closing bell on Oct. 30, and analysts expect it to post earnings per share of $1.46 to $1.49. The social media icon continues to feel the pain of privacy issues, data security breaches and misinformation on its platform. Some are looking for the removal of Mark Zuckerberg as company chairman. 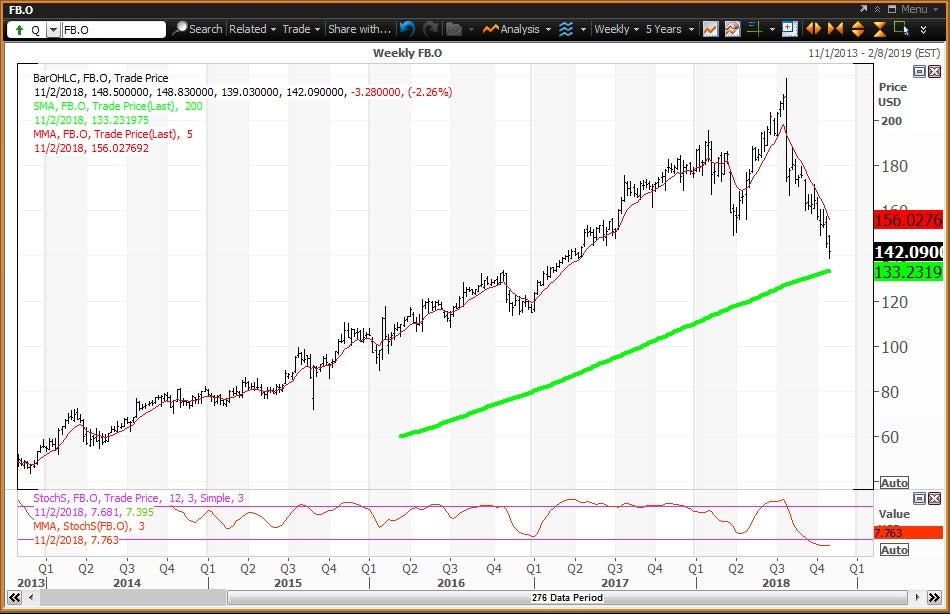 The weekly chart for Facebook is negative but oversold, with the stock below its five-week modified moving average of $156.03. The stock is above its 200-week simple moving average at $133.23, which is the “reversion to the mean” and could be tested for the first time for this stock. The 12 x 3 x 3 weekly slow stochastic reading is projected to decline to end this week 7.76, which is below the oversold threshold of 20.00. Being below 10.00 makes this stock “too cheap to ignore.” Keep in mind that, when the stock was setting its all-time high, the stochastic reading was above 90.00 as an “inflating parabolic bubble,” which was a warning that a bubble was about to pop.

Investors should buy Facebook shares on weakness to my weekly value level of $137.29 and reduce holdings on strength to my annual pivot of $162.65.

Australia stocks higher at close of trade; S&P/ASX 200 up 0.06% By Investing.com

RBI vs Government: Finance Ministry was aware of changes in PCA ahead of its...